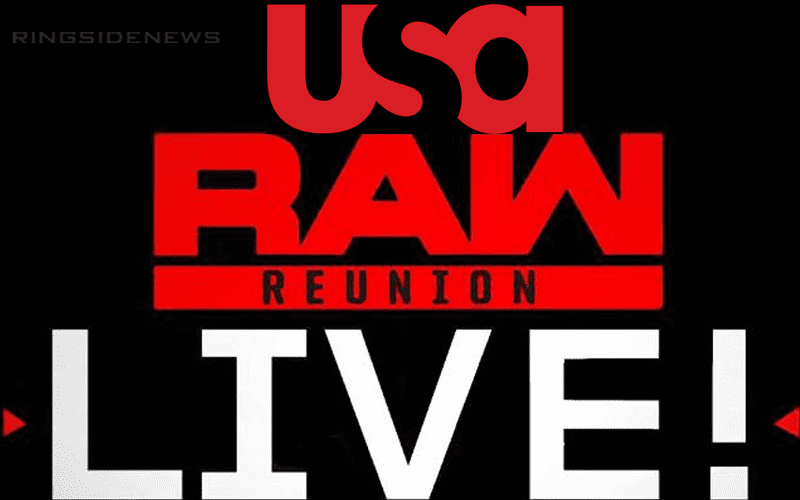 WWE is holding a big reunion next week on Raw. A ton of names from the past are already advertised to be there if we are to use the video hyping this event as an indication of things.

It was previously reported that WWE was told by the USA Network that they wanted a reunion special. This was reportedly one of the items of they included on a list of ideas to help ratings. However, Brad Shepard reports that is not the case.

According to a source in #WWE, the rumor of the Raw re-union show being held at the suggestion of the USA Network is false. This show has been in the planning stages since January and Vince McMahon is behind it. #RAW

A show like the Raw Reunion special with as many guests as they will have there would take weeks of preparation if not months. Therefore, it’s not likely that this was something haphazardly thrown together.

If you add in the fact that the Raw Reunion is set to take place in Tampa — home of WrestleManai 36 — then the location seems to indicate more that they’re holding another event to drum up WWE fandom in Mania’s future market just as they did in the NYC area with Raw 25 last year.