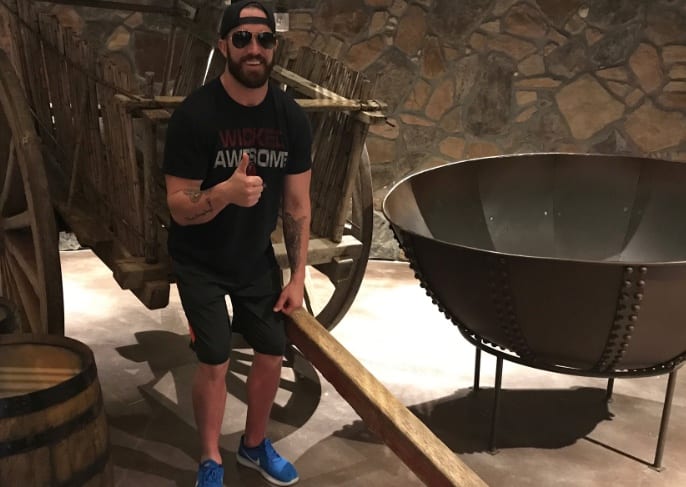 There are many victories that should rightly be celebrated in the landscape of WWE and professional wrestling as a whole, but sometimes, it’s the battles that these superstars face outside of the ring that are more important.

Case in point: Mike Kanellis has, in the eyes of many, been massively underutilised by WWE during his time with the company. With that being said, though, the biggest story from the last few years of his life is undoubtedly his road back to sobriety.

After it came out that Mike had been struggling with an addiction to painkillers, nobody really knew how things were going to go for him from that point forward.

In the end, though, he did a pretty good job of bouncing back – and as you can see he is now celebrating two years of sobriety with a second child being on the way, too.

Kanellis’ fortitude and strength should be admired and appreciated, especially by those of you out there who may also be struggling with substance abuse. It’s a long and difficult road to navigate regardless of whether you’re a high level WWE superstar or just a normal guy/girl.

We’d still like to see Mike get some better booking from an on screen point of view, but in the grand scheme of things, none of that really matters. All that truly matters is that he is back on track, him and his wife are happy, and that they are able to raise their children in a healthy environment.