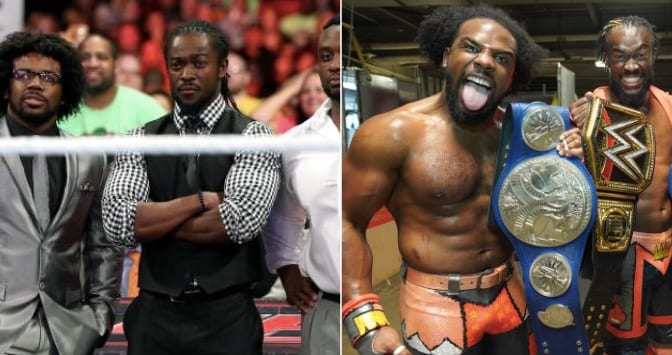 The journey of New Day in WWE has certainly been a long and interesting one, with Kofi Kingston, Xavier Woods and Big E all doing their part to make the faction as successful as they can possibly be.

Throughout the course of the last five years they’ve been through a variety of different changes and eras, to the point where if you’d have asked fans back in 2014, they probably wouldn’t have believed that they could be as successful as they have been.

With Kofi Kingston retaining the WWE Championship and the rest of the group winning the Tag Titles last night, it was only right that Xavier Woods posted a great throwback of the trio on social media to signify just how far they’ve come.

It hasn’t always been smooth sailing along the way for them which is hardly going to come as much of a shock to the WWE Universe, but it’s all been worth it to see them reach these kinds of heights.

A lot of fans still believe that there’s going to be some kind of break-up between the three in the not so distant future, which will lead to a showdown for the WWE Title. While there’s a good chance that could become a reality, for now, it seems as if they’re stronger than they have been in a long time as a group.

If a turn does inevitably happen, though, it’ll be one of the biggest storylines of the year for WWE and that much is just a fact.