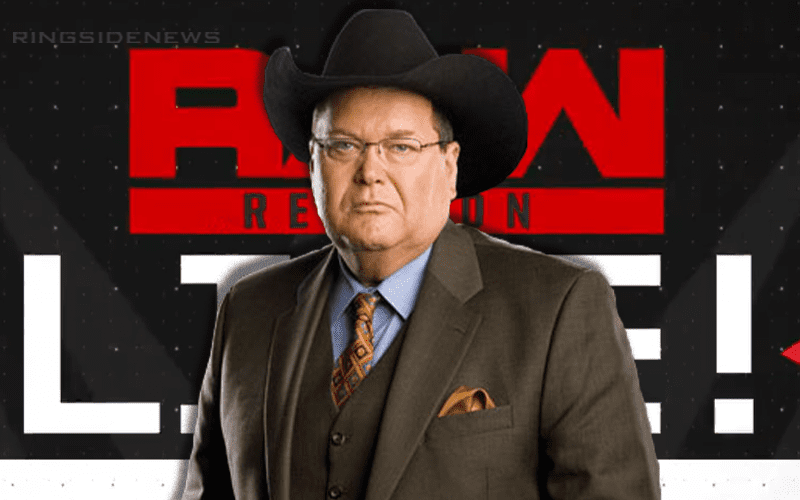 Jim Ross is no longer under WWE contract. He is now with AEW and having a much better time actually getting to show up to work instead of sitting at home. However, Vince McMahon recently asked him to participate in an upcoming event and JR said no.

During his Grillin’ JR live show in Jacksonville, Florida, the WWE Hall Of Fame announcer said that Vince McMahon invited him back to RAW for the big reunion special they are holding next week. It’s not too surprising that Ross said ‘No.’

AEW might have an issue letting Jim Ross show up on RAW, but they might have been cool with it too. It seems to be a moot point because Ross said he’s not interested.

It’s funny that WWE called JR to make an appearance on the RAW Reunion special like this just as Jim Ross is getting settled in with his new company and getting ready to appear on TNT in October as AEW’s upcoming television show starts.