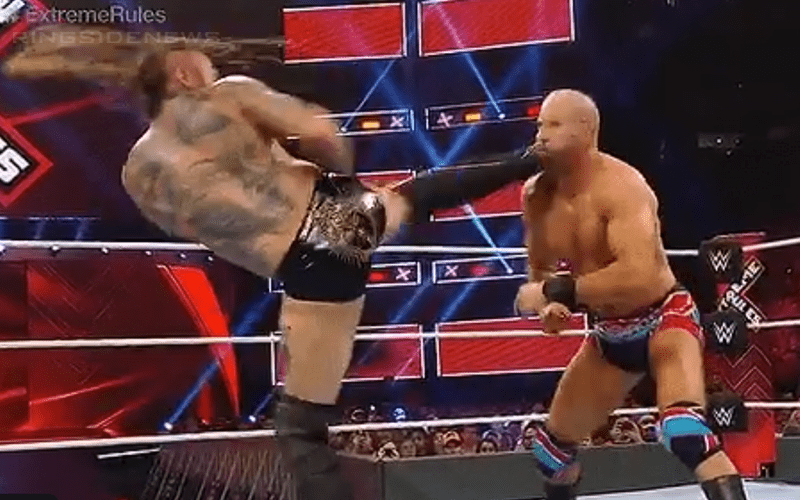 Aleister Black is poised to be a big name in WWE, especially since he is coming onto SmackDown Live in the beginning of a new era in creative’s history. It looks like the company is going to continue booking him very strongly as well which is a great sign.

Black was able to defeat Cesaro at Extreme Rules. This was done with a very quick Black Mass kick following some ruthless shots. It appears that WWE is really putting over Black’s finisher as well as with his new push.

Brad Shepard reports that WWE is expected to keep letting Aleister Black win with his Black Mass as a one-hit KO much like Randy Orton’s RKO has been used in the past.

I was also told to expect Black Mass to be a one-hitter quitter for a long time (similar to the RKO).

Cesaro and Aleister Black brought a big fight feel to the Extreme Rules match. It might be nice to see those two continue to go at it. However, if Cesaro wants to stand a chance against Aleister he needs to watch his feet because a Black Mass can come out of nowhere.