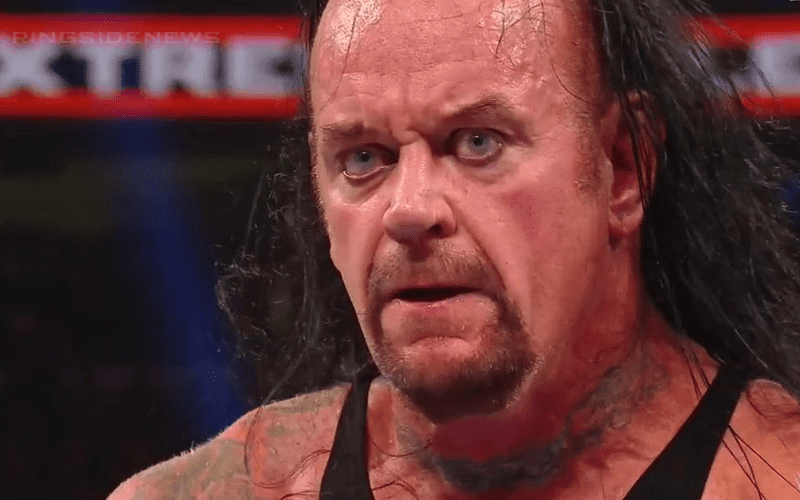 WWE Extreme Rules started off with The Graveyard Dogs facing Drew McIntyre and Shane McMahon. This match was a much different outing for The Undertaker than his last one in Saudi Arabia and he was more than pleased about that.

Brad Shepard reports that The Undertaker was ‘extremely happy’ after his Extreme Rules match. We can only imagine that he would be feeling much better about this contest than his match in Jeddah against Goldberg.

According to a source in #WWE, the Undertaker was extremely happy post-match, and gave Drew McIntyre a hug.

All four were very happy with that performance. #WWE #ExtremeRules

We will have to see when The Undertaker wrestles next. It was previously reported that he has a match at Summerslam, but it won’t be against Drew McIntyre.

Things could get interesting with new Executive Directors in play as well because Summerslam plans are now up for changes as well. At least Taker’s return to Philly was successful being his first match there in thirteen years.