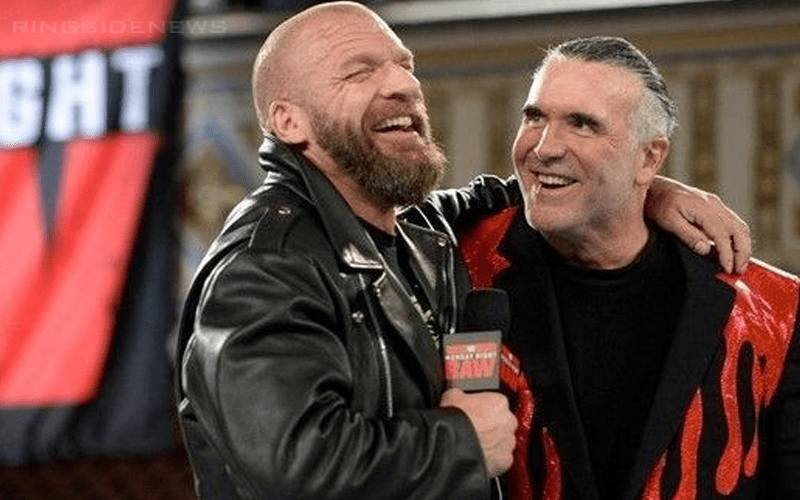 WWE has brought a lot of big names to the Performance Center in order to lead a class or give some advice to the Superstars of tomorrow. It looks like Scott Hall is getting that chance soon enough.

Triple H has a lot of pull in WWE’s developmental system so it only makes sense that The Kliq will be represented there. After all, they brought in Shawn Michaels for a coaching job and he never left. Now Hall is set to join the WWE PC staff as a guest coach according to Fightful Select.

Fightful has learned that Scott Hall is supposed to be at the WWE Performance Center soon as a guest coach.

A lot of full-time coaches at the WWE PC started out with guest coaching gigs. So you never know where this could lead for The Bad Guy.

Hall can offer a ton of advice as many people have been watching him for decades through all of his ups and downs. He can certainly provide a lot of sage insight when needed not to mention his ability to take a character and make it his own. Because the Razor Ramon persona is iconic and still carries on his legacy in the memories of fans and on merchandise to this day.