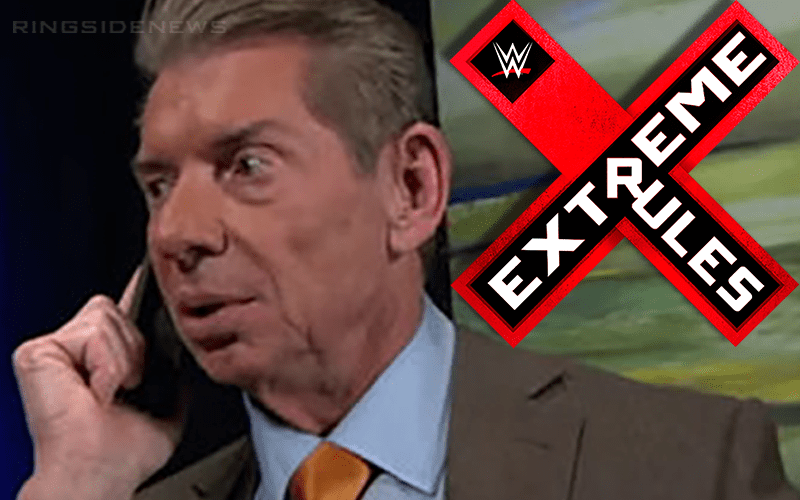 WWE Extreme Rules is this Sunday and there are already ten matches on the card. That is a lot, but they were considering adding even more.

We previously reported that WWE was considering adding The IIconics vs The Kabuki Warriors to the Extreme Rules card. Paige did say that she was going to make that match happen after Kairi Sane and Asuka won their #1 contender’s match in Tokyo. However, WWE apparently went a different direction with things.

Bryan Alvarez said on Wrestling Observer Live that WWE has come to a creative decision and they will not be adding any more last-minute matches to the Extreme Rules card.

“At the WWE creative meeting yesterday the decision was made… no more matches added to the Extreme Rules show. So if you recall the last WWE pay-per-view went off the air pretty early about 10:20 eastern time, much, much shorter than those shows that used to go four hours for even the B-shows. It looks like this show is not going to go all night. Now it’s just ten matches for the WWE pay-per-view so hopefully they can get in and they can get out.”

WWE has a loaded show either way and they can always save the Kabuki Warriors’ cash-in for another time. If they wanted to have them chase The IIconics it could always stretch until Summerslam. Or, Paul Heyman and Eric Bischoff can always come in and come up with a better idea.

Extreme Rules will air this Sunday and we will have full coverage right here at Ringside News.