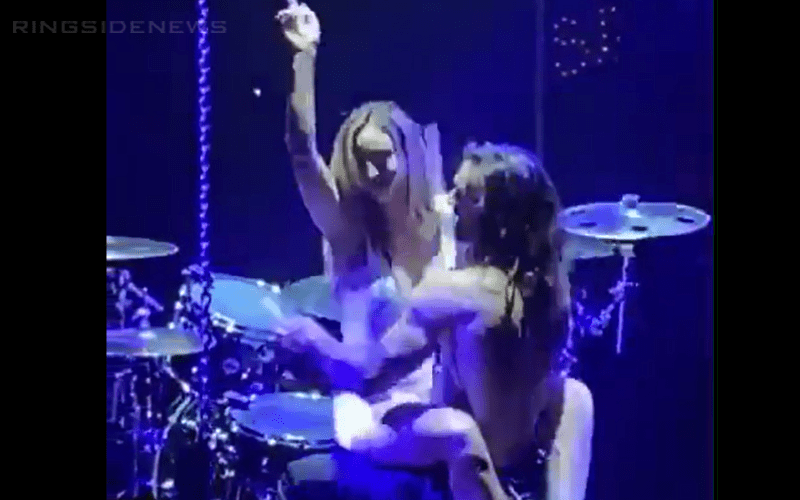 Peyton Royce is marrying AEW’s Shawn Spears. However, the Perfect 10 wasn’t around during Peyton Royce’s bachelorette party so she had to settle for a drummer. What happens in Vegas, stays in Vegas… unless there’s someone with a camera capturing the entire event for social media.

We’re not saying anything went on with this drummer and Royce, but there was some pretty IIconic action that was captured on camera. We can only hope this is the best gig that this drummer has ever played.

Bachelorette parties can sometimes get a little out of hand and this was no exception. So Peyton Royce jumped on stage and became part of the show.

Congratulations to Peyton Royce and Shawn Spears. Hopefully, this is the start to a beautiful life together. It also might not hurt if Spears learned how to play the drums.

Thanks to Cassidy Haynes from Bodyslam.net for passing this along