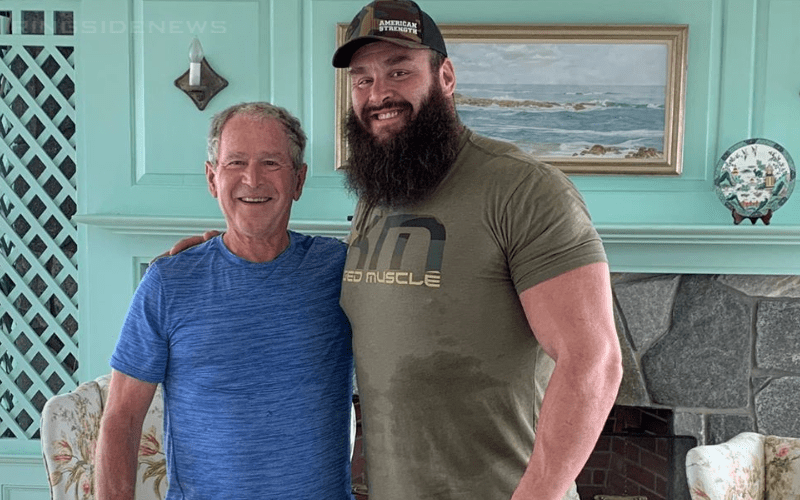 Braun Strowman has a big match on Sunday against Bobby Lashley. The two will try to tear each other apart, but just days before Lashley gets those hands, The Monster Among Men had a chance to hang out with former U.S. President George W Bush.

I don’t know who you expected to see Braun Strowman have a photo-op with today, but if you had money on the 43rd President of the United States Of America then today is your lucky day. Strowman sent a picture of the two out along with a caption like it’s no big deal to be spotted with a former president.

Just a couple American hero’s hanging out no big deal!!!!

Maybe Dubya can give Braun some tips in his match against Bobby Lashley this Sunday. Either way it’s still a picture that is sure to be circulating around the IWC for decades to come.