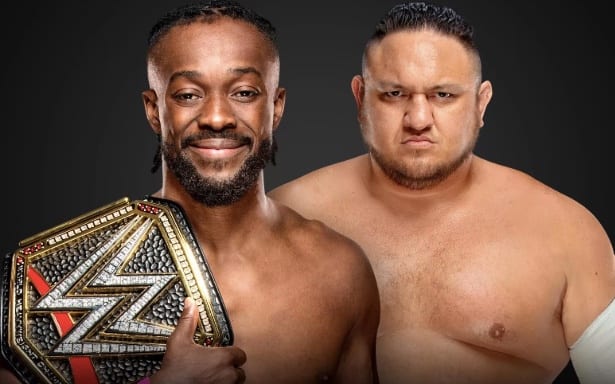 As seen on Sky Bet, the betting odds for Kofi Kingston vs Samoa Joe at WWE Extreme Rules have been released.

While Samoa Joe challenging for the title may seem a little bit random, you can bet that these two men are going to go out there and try to paint the perfect masterpiece this Sunday with the WWE Championship being up for grabs.

Kofi’s reign with the title has been a solid one ever since he won the strap back at WrestleMania 35, whereas Joe is still waiting for his first major world title win.

Kofi is currently priced as the 1/4 favourite to walk out of Extreme Rules with the WWE Championship, whereas Joe is positioned as an 11/4 underdog to pull off the upset.

Joe winning the title doesn’t seem like an impossibility, but at this stage, it really would come out of nowhere. Very few people are tipping him to get the job done and rightly so, as he’s just coming off the back of losing the United States Championship.

With SummerSlam being right around the corner it certainly feels like Joe won’t be featured in the WWE Title match again for a while unless he actually wins this bout, which is going to be easier said than done given the run that Kingston has been on lately.

As we noted before we’re really excited to see what kind of match this ends up being, but in terms of the result, it may as well be a foregone conclusion in the eyes of the WWE Universe.