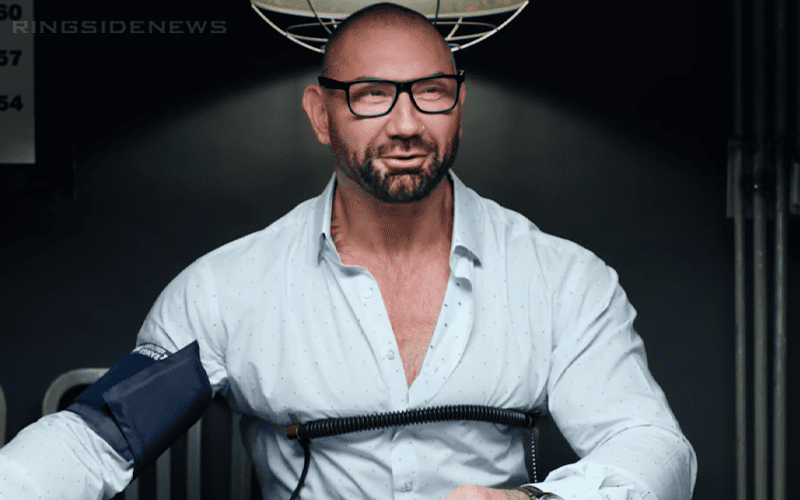 Batista might not be wrestling anymore after he ended his career the way he wanted to, but apparently, he still misses WWE. At least that’s what a lie detector was able to prove.

Dave Bautista and Kumail Nanjiani star in Stuber which is in theaters today. As a way to help promote this buddy cop/uber driver comedy they decided to strap each other to lie detectors and get to the bottom of things.

Batista started out first in the chair and he answered all of his questions truthfully according to the lie detector. However, he actually admitted that he lied once on the test. He does push-ups before every scene to bulk himself up a little bit more. He learned this by watching another actor hulking up before a shoot and he claimed that he didn’t remember who did it, although that was a lie he got away with.

One thing he did say that was truthful was the fact that he misses WWE. He said he doesn’t miss wrestling Triple H yet because he just got out of a program with The Game. However, he doesn’t miss wearing his skimpy ring attire either.

You can check out the video below. It’s pretty hilarious and shows how well Batista and Nanjiani work with each other.