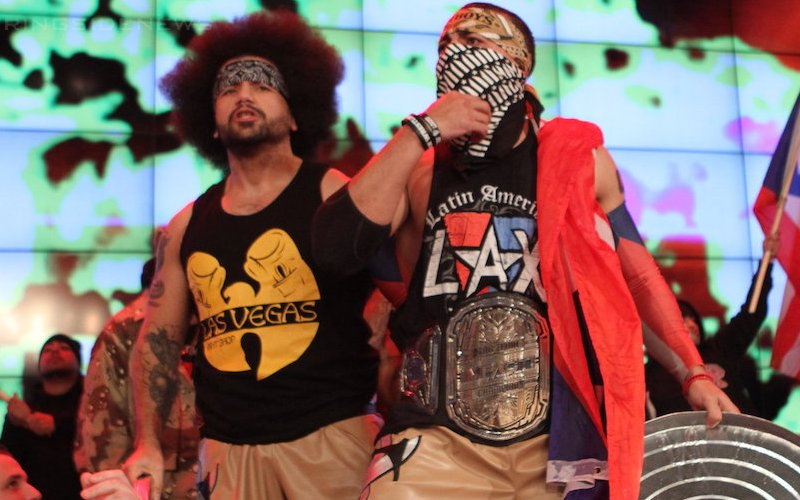 LAX made a big name for themselves in Impact Wrestling over the past couple of years. Now that their Impact Wrestling contracts are up in August, it looks like they have a serious decision to make about their future.

We previously reported that both AEW and WWE have extended offers to Ortiz and Santana. Now The Wrestling Observer Newsletter has shed some light to this situation that could give us a clue about where they’re headed next. Or, maybe it might just confuse things further.

It is reported that there are those in WWE who are under the assumption that WWE is going to be getting LAX. Their expect arrival is said to be in September and we can only assume they will land in NXT first. However, those “close to the situation” reportedly have a much different story about LAX’s future.

There are those in WWE who believe they will be starting in September there, but most close to the situation expect the decision will be AEW.

No decision has been made yet by LAX as to what they want to do next. Both AEW and WWE are said to have made “significant offers” to the former Impact Wrestling Tag Team Champions as well.

It was also noted that since AAA and AEW have a partnership right now then Konnan could very well stay with LAX’s act if they decide to sign with AEW. This has to be a huge selling point.

We will just have to wait and see where they decide to go, but it looks like they are in a very good position right now.