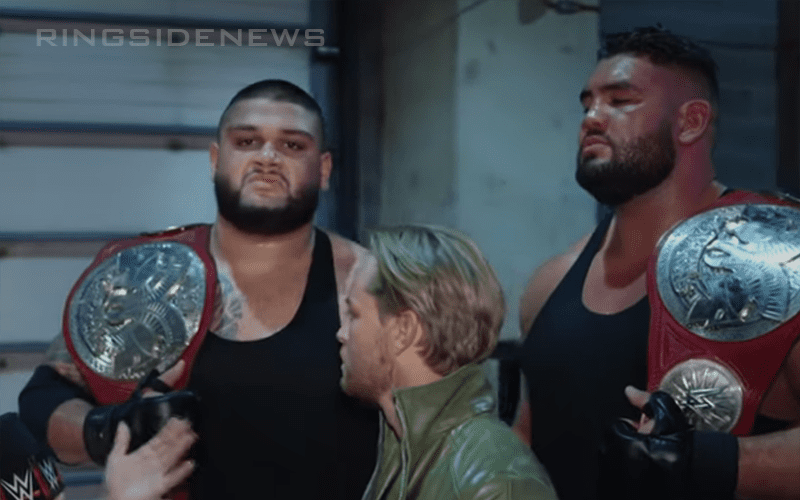 AOP hasn’t been seen on WWE television for a while. Everything was going great for them with Drake Maverick as their manager. They were RAW Tag Team Champions too, but then Akam injured his knee and needed surgery.

Akam made his return to the ring during WWE Super ShowDown in Saudi Arabia, but AOP has yet to make a return as a team on television. Now they are being jobbed out at house shows which can’t be a great sign.

The Wrestling Observer Newsletter noted that the former NXT Tag Team Champions lost to Ali and Matt Hardy at a July 7th house show. It was further said that: “Previously they were kept strong before Akam blew out his knee.”

This note could indicate that AOP might have fallen out of favor and simply lost their push in the company due to Akam’s injury. You can never say never about reviving someone’s career and getting a huge push. After all, Kofi Kingston is the WWE Champion after nearly a dozen years in the company so a big push can come out of nowhere.

Everything is up to Vince McMahon at this point. Thankfully, Paul Heyman and Eric Bischoff will soon be around, but they will only have as much power as McMahon is willing to give them. The bottom line is that AOP could already be back on television and getting their push back, but that has not happened yet.

On the other hand, if you’re under the impression that Vince McMahon couldn’t do that kind of thing to Akam and Rezar just ask yourself: when is the last time you saw The Ascension work a match?