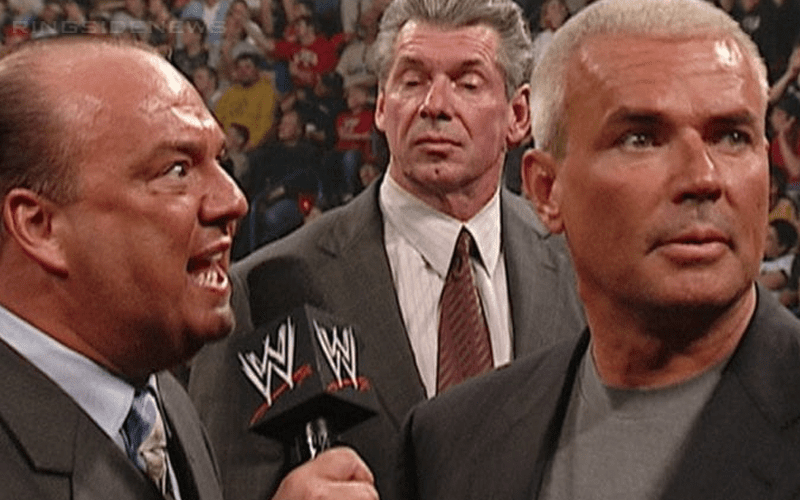 WWE made a couple of big changes to their creative process when Eric Bischoff and Paul Heyman were brought on in Executive Director roles. It appears that Vince McMahon & Company are not going to hold this new leadership to their old standard either.

Wrestle Votes reports that they were recently told that Summerslam plans could change at this point. It is up to Eric Bischoff and Paul Heyman as they fully start their new roles next week. Because if they want to alter WWE’s plans then they have the full power to do so.

Was told recently that anything WWE had planned for SummerSlam in advance was all subject to change once Bischoff & Heyman fully start their roles this upcoming week. Good on Vince & Co to allow a legitimate clean start. No forced agendas off the jump. That’s how it should be.

Credit was given to Vince McMahon for not forcing agendas, but it doesn’t change the fact that everything needs to go through Vince McMahon first before it can make its way to WWE’s programming.

It appears to be a step in the right direction, but the micromanaging might simply have a different overseer now with Heyman and Bischoff in charge. Still, if this report is 100% (which would be ideal) then that means Extreme Rules could be the final WWE pay-per-view that was fully constructed by Vince McMahon in the foreseeable future.