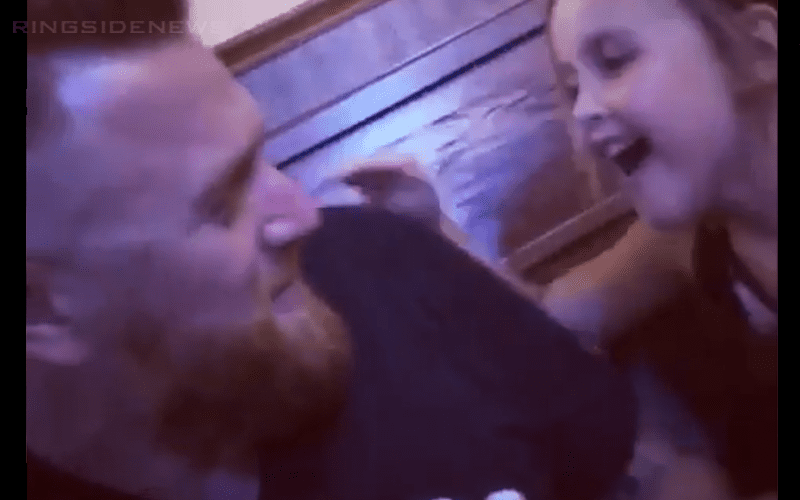 Heath Slater’s got kids… who love to beat on him. That is pretty apparent by the video that the former 3MB member put up on Instagram this morning.

All Slater was trying to do was have a dinner out with his family. Then his daughter Remmy started laying into him with some heavy slaps. She was really enjoying herself too and when her mother said “Remmy quit beating on your daddy in public,” that didn’t seem to slow her down at all.

The fact that Heath Slater was selling so well for his daughter probably wasn’t much of a deterrent either as he wrote:

Judging by how much Slater’s daughter loves clobbering on him, he might want to get her into a wrestling school as soon as one will take her. It’s a good thing that Heath Slater happens to run his own wrestling school called Face2Face in Georgia.

Maybe one day Remmy will be laying in real chops inside the squared circle and each one will be followed by a huge “Woo” from the crowd and not her mother asking her to stop beating on her WWE Superstar father.