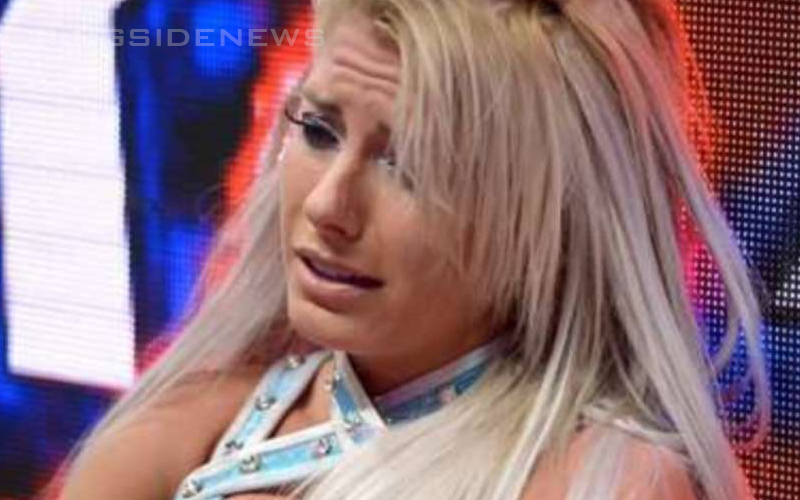 Alexa Bliss tweeted out last week that she was dealing with a sickness for five days straight and it hadn’t gone away. Then on RAW this week she was listed as “illness” in the backstage injury report. This was followed by Nikki Cross making her Extreme Rules match a handicap contest.

Fans weren’t sure what was wrong with Bliss, but we certainly wished her the best. Now the nature of her illness is revealed and we can understand why she’s having such a hard time.

This match actually has an interesting story, so Alexa Bliss has a really bad sinus infection. Originally they were not going to do a handicap match.

Sinus infections can last a very long time, even if they’re treated. Because each case is somewhat different in terms of how long it sticks around. Hopefully, Bliss will be okay by Sunday, but it’s a good thing they put Nikki Cross in there just in case she isn’t 100%.