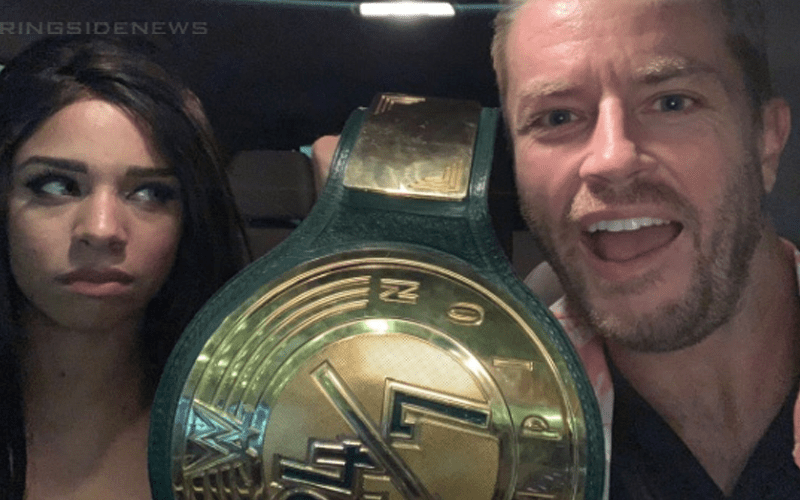 Drake Maverick is the WWE 24/7 Champion despite everyone’s best attempts to catch him this week on RAW and SmackDown Live. He was able to escape the masses, but once he got home, the former Rockstar Spud needed to figure out what to do with his title.

In a pretty genius move, Maverick decided to hide his title in the fridge. Unfortunately, the fact that he showed everyone on his Instagram feed where he is hiding his title kind of defeats the purpose.

So if some WWE Superstars want to pay Drake Maverick a visit with an official referee in tow now they know where they can find his title. You can’t fault Maverick for trying though.

You also have to give Drake Maverick props for keeping such a clean fridge.