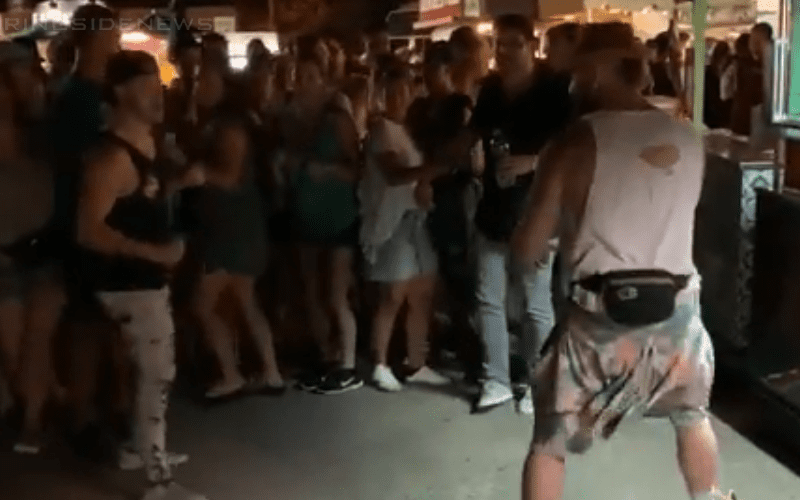 Joey Janela is an AEW star and he could be positioned in a big role with the new company. He impressed a lot of people with how he handled himself against Jon Moxley at Fyter Fest, then he got into it with Enzo Amore at a recent Blink-182 concert.

The Bad Boy and NZO got into at the famous punk band’s concert on Tuesday night at the PNC Bank Arts Center in Holmdel, New Jersey. These two Jersey Boys certainly put on their own kind of show in the crowd.

It doesn’t look like things got too physical as no punches were thrown on camera, but Enzo was quick to say: “I’ll whoop your drunk ass, boy.” NZO then posted a video of the fight on his Instagram page with the following caption:

No, this wasn’t necessarily the most diplomatic way to get attention, but it is certainly paying off in a big way. You can check out a clip of the fight below to see how heated things got between those two.