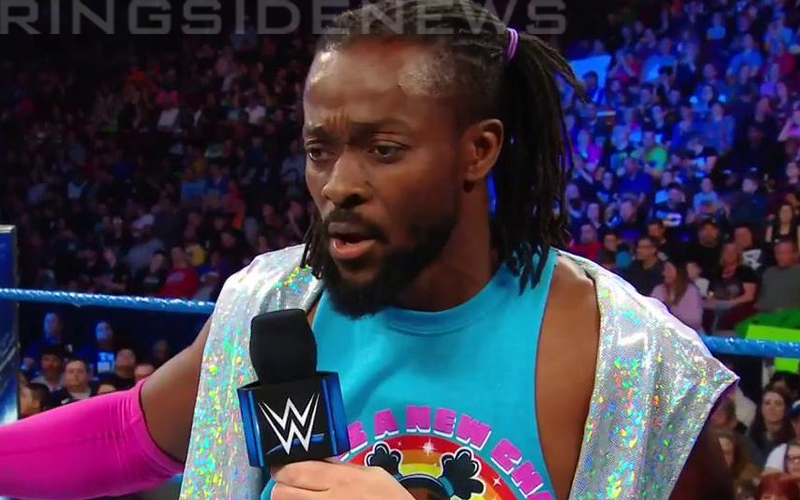 Kofi Kingston did not work the WWE live event last night. Fans in attendance were informed before the event that the WWE Champion was injured. This is quite concerning, especially with a big title match scheduled against Samoa Joe at Extreme Rules this Sunday.

Sean Ross Sapp reports that Kofi Kingston is indeed injured, but there is good news. It’s not thought to be serious although he was unable to 100% confirm that at the time of his report.

The word backstage is that Kofi Kingston tweaked his back. Not thought to be serious, but I can’t exactly confirm that.

Hopefully, this won’t change WWE’s plans, especially ones concerning him as WWE Champion. Kingston has held the title since WrestleMania when he defeated Daniel Bryan in one of the highest points on the WrestleMania 35 card, it would be a shame a tweaked back puts a stop to his run as champion.