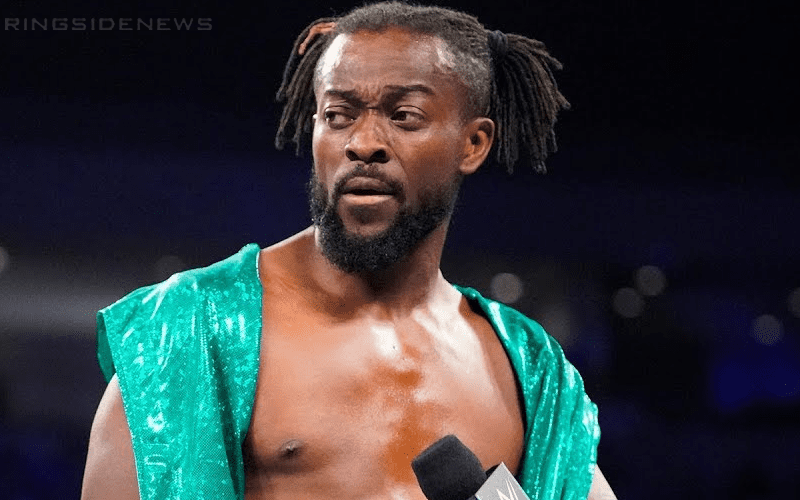 Kofi Kingston has carried the WWE Title proudly since WrestleMania, but it looks like he might have suffered a very unfortunate injury. With Extreme Rules coming up on Sunday and a match against Samoa Joe lined up, this would be a terrible time for Kofi to get hurt, but that might be the case.

Fans in Glen Falls, New York were informed last night as the SmackDown house show started that Kofi Kingston would not be able to compete that night. It was said that Kingston suffered an injury, but they did not specify what was wrong.

Big E and Xavier Woods competed without Kofi coming out. They defeated The B Team in the opening match of the night.

Kofi competed this weekend against Dolph Ziggler at house shows in Utica and Binghamton. However, he did not wrestle last night.

We will let you know as soon as anything else breaks in this on-going story.