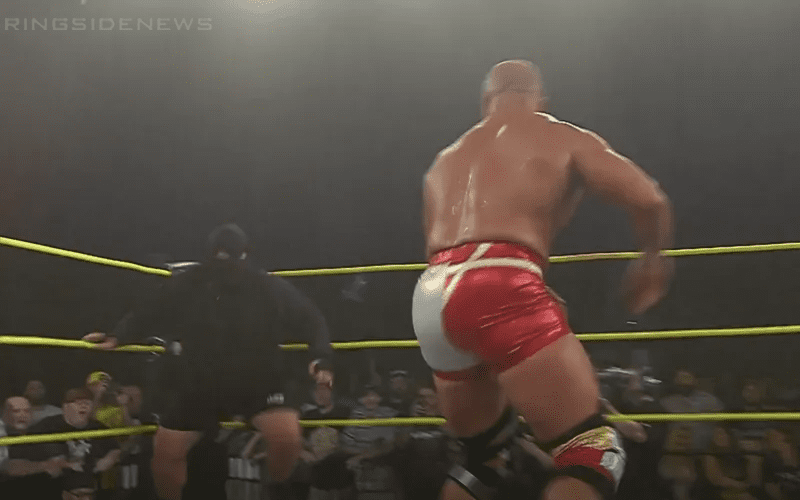 Rhyno appeared at Impact Wrestling’s Slammiversary event, but he was wearing a mask. It was noted by PW Insider that he is now with the company, but his actual WWE contract isn’t up until July 17th.

This could be an issue if WWE decides to make it one. However, Ryan Satin reports that his source in WWE has confirmed to him that the company isn’t likely to make a deal out of this masked appearance.

Spoke to a source in WWE who confirmed Rhyno’s WWE contract expires on July 17, but they said the company is unlikely to make an issue out of his masked appearance at Slammiversary over the weekend.

This is a very interesting situation because everyone knew that Rhyno was leaving anyway. When it was reported that he was backstage in Dallas for Slammiversary people got curious. It seems like he’s going to be okay. It’s just a good thing he didn’t take off his mask after hitting a Gore on Michael Elgin.