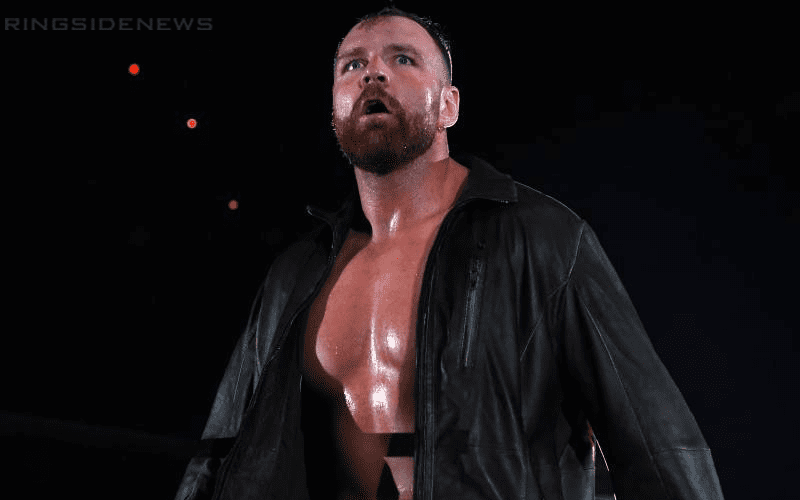 Jon Moxley left his Dean Ambrose persona behind him in WWE when he let his contract expire. It wasn’t long until Mox was in AEW delivering Paradigm Shifts all over an AEW ring. However, there is now a war going on between the two companies that isn’t likely to slow down.

While speaking to The Store Horsemen, Moxley opened up about the new war between AEW and WWE. He said there’s no ‘Monday Night War’ going on.

Mox went on to say that it would be a “fool’s errand” to even attempt to take WWE down because that wouldn’t be good for the business at all, but he will continue on as they enter an exciting time for pro wrestling.

“I can’t wait, it’s super exciting, it’s going to be challenging, we have no idea what is going to happen, but we are making history. First time in a long time, TNA was prime time for a little bit but this is a first since basically WCW.”

AEW’s upcoming television show hasn’t even debuted on TNT. We don’t even know when the official start date is for it to begin airing. However, that won’t stop fans from getting very excited about what is to come.

WWE will continue to fire counter shots because this war now has Vince McMahon’s interest. Therefore, if AEW wants to keep going they might have to launch a counter attack of their own eventually.

As far as Jon Moxley sees it he is just content working for a company that will let him have a match or cut a promo without a dozen people trying to get their two cents in on what he is doing with his own character.