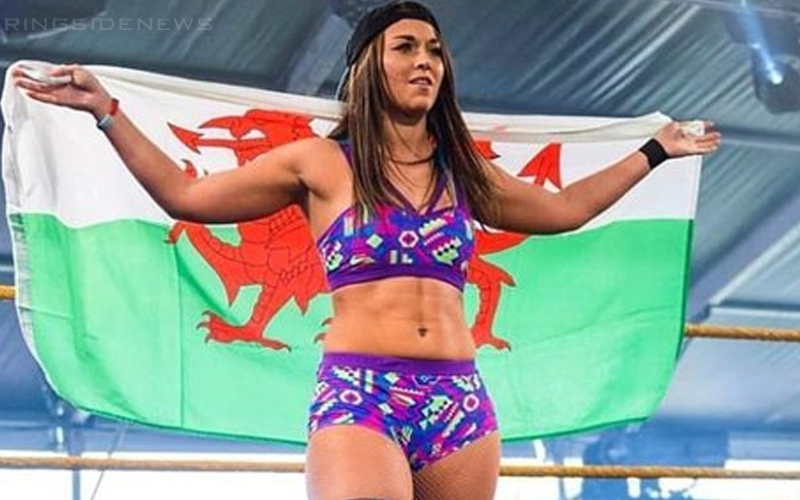 Tegan Nox suffered a devastating knee injury during the Mae Young Classic last year. She was actually supposed to go really far in the tournament and possibly win it, but Rhea Ripley had to beat her in order to take Tegan out of the tournament.

She really wrecked her knee with a dislocated knee cap, torn MCL, LCL, ACL, and both mensicus torn as well. Now it looks like some time recovering has done her good.

After much-needed surgeries, it seems like Tegan Nox is all healed up. At least she seemed ready as she tweeted out an animated gif that put the NXT Women’s Division on notice with a caption which implied that she’s ready to get back in the ring.

Put me in coach, I’m ready to play! 🤙🏼 #FasterStrongerShinier

Hopefully, Tegan Nox will be able to make a return sooner than later. However, with her kind of injury it is never a good idea to rush things. So we will see Nox make a return whenever she is ready. If you ask fans of the popular Welsh wrestler, that time can’t come soon enough.