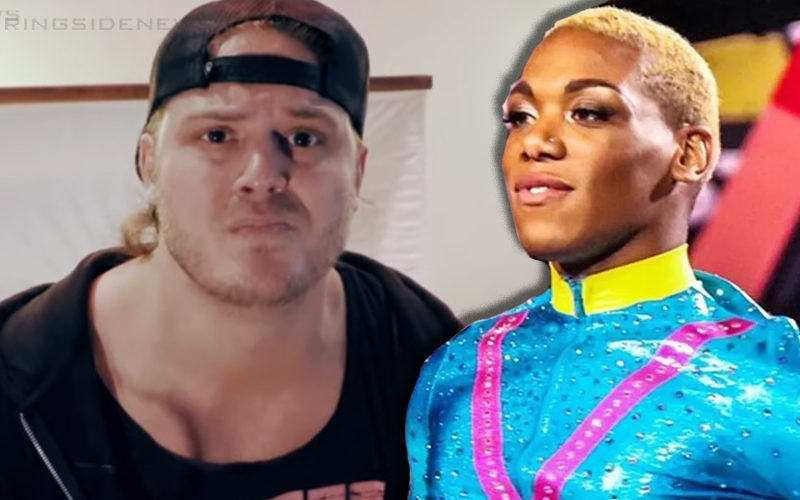 Pro wrestling can get really complicated sometimes when you over analyze it. Beyond Wrestling recently held an event that featured Sonny Kiss and Joey Janela. During that segment, Joey yelled: “It’s a trap!” However, this was in no way a reference to anything besides a nod to a famous line from Star Wars.

One particular online pro wrestling publication thought that saying “trap” was a reference to Sonny Kiss’ sexuality. Because that term can be used in a derogatory sense in regards to transgendered people.

According to the Urban Dictionary, the definition of “trap” can be: “The Term ‘trap’ is used usually towards people that would at first appear to be cute girls, but are actually boys who have more of a feminine side whether being a homosexual or not.”

Beyond Wrestling replied to this accusation. They had no idea that such a term existed, but assured everyone that Sonny Kiss was heavily involved in the segment.

I assure you nobody involved with producing the segment is familiar with this slang, although I’ll be the first to apologize for an unfortunate coincidence.

Sonny was very hands on with the execution which was designed to be a LITERAL trap to get from the birthday to the match.

The Bad Boy also replied to these allegations. He said the article was “stretching” and he was was actually quoting Star Wars. He went on to talk about how much he loves Sonny Kiss’ work and how he’s been pulling to bring Kiss into Beyond Wrestling for quite some time.

Therefore, he didn’t push to bring in Sonny Kiss just to insult him.

Absolutely Stretching here, I have no idea or ever heard that angle of the word “Trap” it’s a quote from Admiral Ackbar.. love sonny been pushing forever to get him on a beyond show and I’m not just gonna come in and throw sh*tty slurs at him….

Sonny Kiss also responded to this controversy. He said it was a misunderstanding, but in no way was that word meant to be a derogatory term in reference to him.

I believe it’s a simple mischaracterization. I definitely was in on the entire thing. “Trap” was NOT in ANY way referring to sexuality, but rather a literal trap.

Sometimes people can take words and make crazy connotations without considering the actual intention of the people saying them. Joey Janela was merely referencing Admiral Ackbar from Star Wars when he said his famous line: “It’s a trap!” Therefore, this was in no way a reference to Sonny Kiss.

Anyone drawing a conclusion that Joey Janela was trying to defame Sonny Kiss due to his sexual orientation was clearly overstepping. Because that had absolutely nothing to do with this situation.