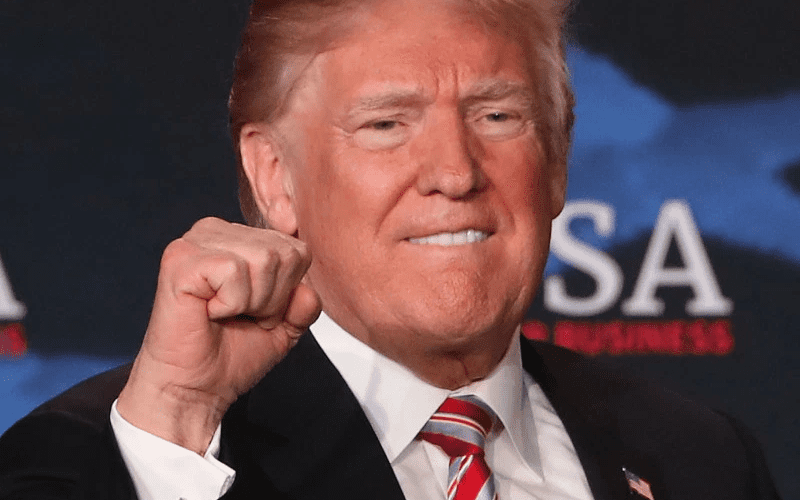 Donald Trump and the McMahon family have been tight for a long time. WWE has used Trump’s buildings to host big events, and Trump even participated in a WrestleMania angle that saw McMahon getting his head shaved.

Linda McMahon is also in Trump’s cabinet and the family has visited the Oval Office for a photo op. Trump has a lot of influence as the current POTUS and he recently retweeted Vince McMahon.

WWE recently had a Make-A-Wish kid at their HQ and McMahon was there to make sure the happy fan had a seat for Survivor Series. WWE’s PR team was on it and McMahon posted about it on his Twitter. His old friend and current President of the USA then retweeted it.

This might not seem like that big of a deal, but in reality, our President inadvertently plugged Survivor Series to his 53.4 million Twitter followers. That’s how you network, people. 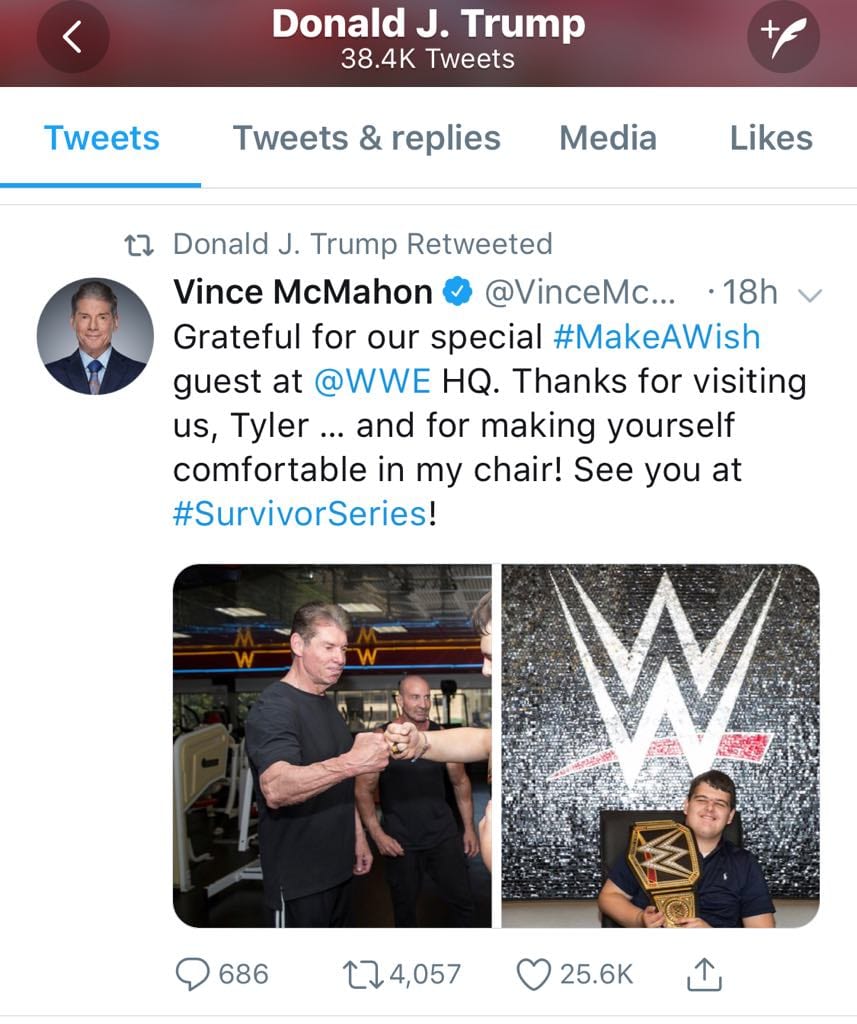