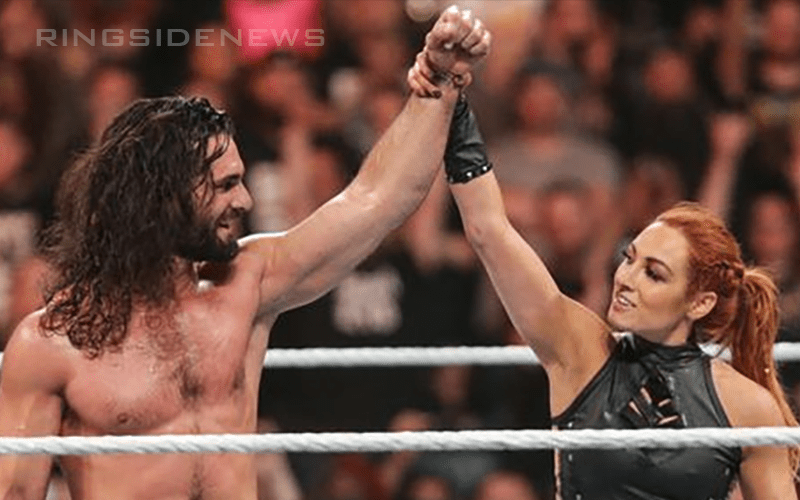 Seth Rollins and Becky Lynch are a real couple on and off-screen in WWE. The company seems to be pushing them pretty hard as a power couple as well so we should probably get used to seeing them together on camera.

Zelina Vega and Andrade appear to be next in line to face Rollins and Lynch and Vega fired a shot at them online. However, in doing this Andrade’s business manager might have accidentally coined Rollins and Lynch’s celebrity couple name.

Zelina Vega might think Secky is sucky, but that’s a great name to us. Because the alternative would be Beth and that’s already a name. Rynch sounds too abrasiveness and Lollins sounds like some hip new club drug. So, Secky it is. Rolynch might have had its day, but Vega is innovating things.

Happy 4th of July, everybody!