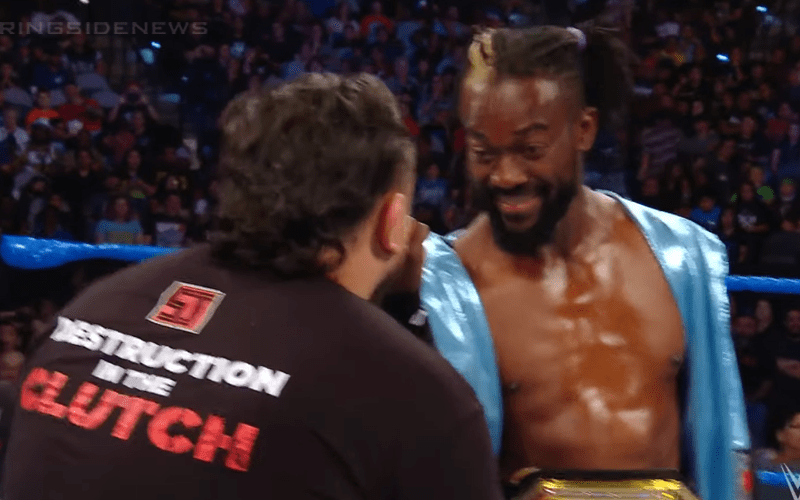 Kofi Kingston is all ready to defend his WWE Championship against Samoa Joe at Extreme Rules. It turns out the program for this event is getting a little extreme as well.

Samoa Joe was just trying to get Kofi to shake his hand this week on SmackDown Live to ensure that Joe doesn’t hurt anyone else that Kingston loves in the meantime before their match on July 14th. What Joe got instead was a middle finger in his face.

However, if you watch the clip back on WWE’s social media, it is edited out. You can see Kofi’s hand raise and the outline of his middle finger, but the camera that cut to showing him fully flipping the bird was left on the cutting room floor.

Some other areas also had the entire middle finger portion blacked out during the live broadcast. We’ve received a few emails from our awesome readers across the globe informing us that the screen went totally dark with only audio playing for a second like there was a wardrobe malfunction. We can assure you that nobody had a clothing slip-up, it was just Kofi Kingston giving a Stone Cole Salute to Samoa Joe.

You can check out the clip below that WWE uploaded of Kofi Kingston giving Joe the finger. This was all done in an attempt to bring in younger audience members. So if you wanted to see the middle finger in Samoa Joe’s face then you’re going to have to tune in live.