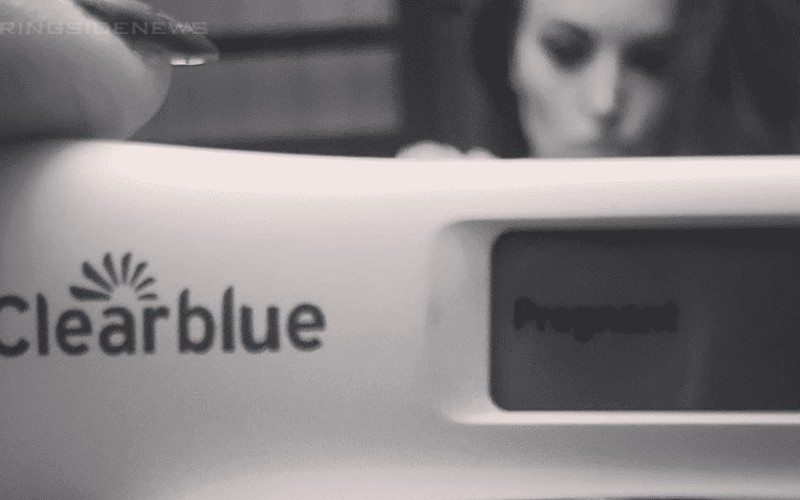 Maria Kanellis was booked in a mixed tag match this week on RAW, but she didn’t get involved in the action. It’s a good thing she stayed away from Becky Lynch too because Maria is pregnant.

For anyone who thought this was part of the storyline, as we previously reported it is not. Maria Kanellis decided to uploaded a picture of a positive pregnancy test as well.

WWE put out an article about her pregnancy and reacted to this announcement with their own questions about how this will change things moving forward.

What effect this will have on Maria’s seeming return to Raw, as well as her recent endeavors on 205 Live, remains to be seen, but in the meantime, please join WWE.com in congratulating the Kanellises!

WWE was congratulatory, but they are also reportedly not too happy about the timing of her signing a new five-year contract a week ago. It should also be noted that nobody has revealed exactly when they found out that the Kanellis household is expecting a new addition.