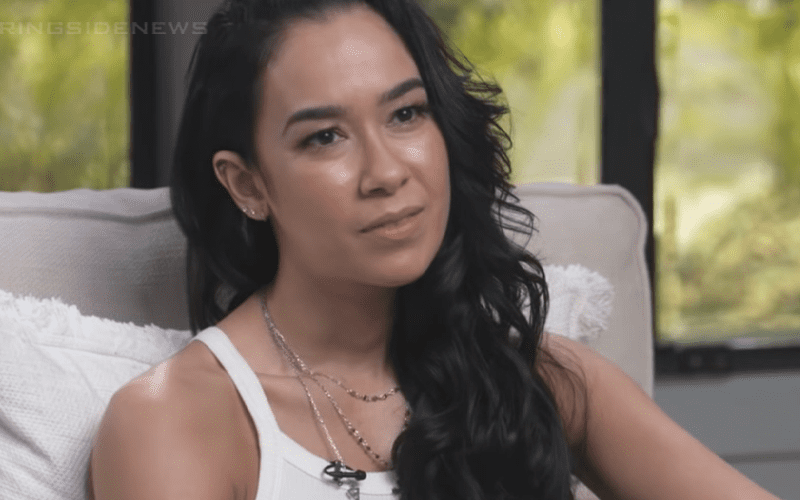 AJ Lee hasn’t wrestled since leaving WWE and she’s been very busy with her life outside of the business since then. That doesn’t change the fact that she has a ton of fans who would love to see her skip to the ring once again.

During a recent interview with Fair Game, AJ Lee was asked about having one more match in the ring. She’s not one to say “never” because then that usually means she will go back on what she said she will never do. However, it might not be worth holding your breath over.

Still, with all of the doubt, it seemed that a “never say never” response was as close as we’re going to get to AJ Lee saying “no way.”

Fans could stand to see both AJ Lee and her husband CM Punk make a return to the squared circle. It might not be happening though because the couple have seemed to find a ton of happiness away from the business.

You really never know what things will look like in the pro wrestling world in even a year from now. Because this time last year if you said that The Elite would have their own pro wrestling company with a TV show on TNT someone might have had to sit you down and have a serious conversation about the long term ramifications of smoking bath salts.