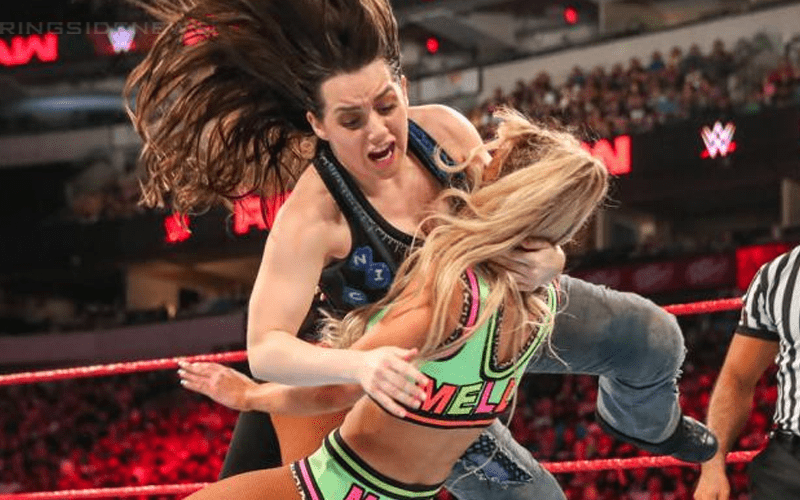 Nikki Cross came up from NXT and floundered for a bit. Now it seems that WWE is finally figuring out what to do with her.

Ever since coming to WWE, Nikki just wanted to play. Now she has someone to play with in Alexa Bliss and it could result in a big push for her. Because Dave Meltzer noted on Wrestling Observer Radio that this angle with Bliss and Cross is being set up to give Nikki a big push for the “you deserve it” generation.

“The storyline is that Nikki deserves it — the whole thing is to make Nikki into a big time babyface. That’s the goal here, to feud with Alexa. Essentially, Nikki is in the role that Bayley should have been in, but they completely botched and they couldn’t go back to Bayley with it because it was just too far gone and they’ve been there too long to go back to that role. So Bayley is in new role that she graduated into and Nikki Cross is in that original role.”

Nikki Cross will likely play the naive babyface role until she finally smartens up. At that time you can probably expect her to destroy Alexa Bliss. So Bliss has a beating coming to her eventually which should be fun for Nikki Cross fans.