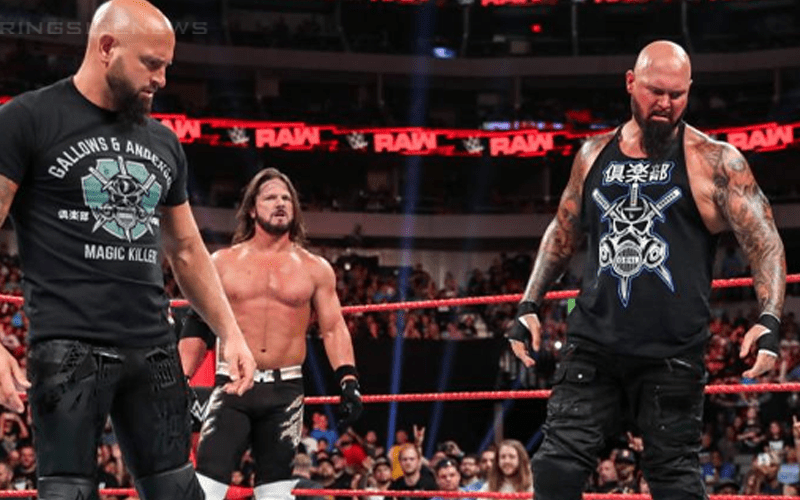 Luke Gallows and Karl Anderson were not signing WWE deals even though they were offered to them. They were waiting things out, but it seems as though they are sticking around WWE after all.

The Good Brothers got a big rubski when they teamed back up with AJ Styles on Raw this week. This led Dave Meltzer to say that they were not leaving WWE, however, we didn’t know their current contract status.

The three-time IWGP Heavyweight Tag Team Champions’ WWE contracts were set to expire in the Fall. A lot of people were under the idea that they were not going to sign. Both were pulled from the road as as result, but obviously things have changed.

PW Insider reports that although the Good Brothers might not have signed on the dotted line just yet, there are all indications that they will accept those generous offers from WWE to stick around.

The belief is that Karl Anderson and Luke Gallows have agreed to terms on new WWE deals but may not have signed them yet.

Bryan Alvarez noted on Wrestling Observer Live later on that The Good Brothers did indeed re-sign.

Let’s just hope that things actually do work out for Karl Anderson and Luke Gallows under these new contracts. Because WWE really dropped the ball with the Good Brothers the first time around.