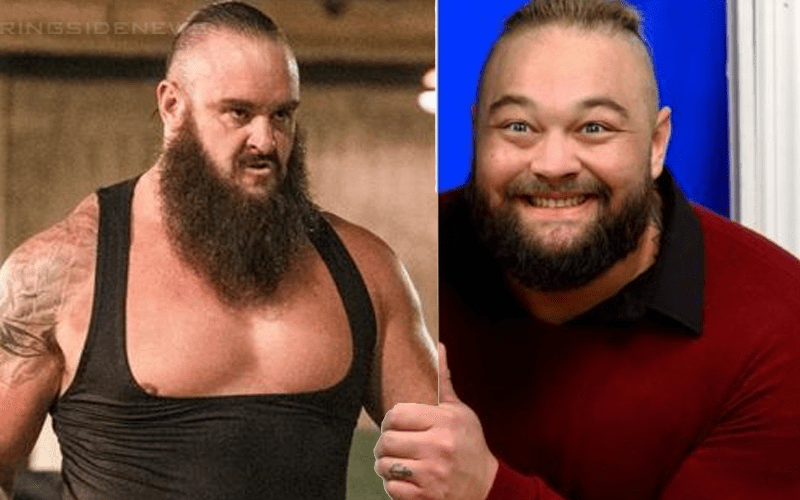 Bray Wyatt’s Firefly Fun House segments kept fans on the edge of their seats for weeks. People couldn’t wait to see what Bray Wyatt and his insane friends might come up with next.

Wyatt’s friends made appearances on both WWE main roster shows last week, but no mention of Bray was seen on RAW last night. That makes tonight’s SmackDown Live seem like the perfect opportunity to finally see what he can do.

While speaking to Chad Dukes Monday radio show, Braun Strowman admitted that the Firefly Fun House segments weren’t just popular with fans. Because whenever a new segment aired on RAW it would be a “monitor sellout” backstage meaning that there were so many people watching that there wasn’t any more room for other Superstars to view the monitors.

“Oh, [the Firefly Fun House] is awesome.It’s a monitor sellout in the back every week for all the boys and stuff, we crowd around the monitor just to see what shenanigans and ridiculousness he comes up with next.”

We will have to wait and see when Bray Wyatt actually makes his return to WWE television. It might be a good idea to make a slow transition to the ring as fans wait to see what The Fiend will do next.

The real question is which show Wyatt will come back to. Because both Eric Bischoff and Paul Heyman could do wonders with the new incarnation of Wyatt’s character. They might need to strike while the iron is hot, but someone like Bray Wyatt could show up when we least expect him.