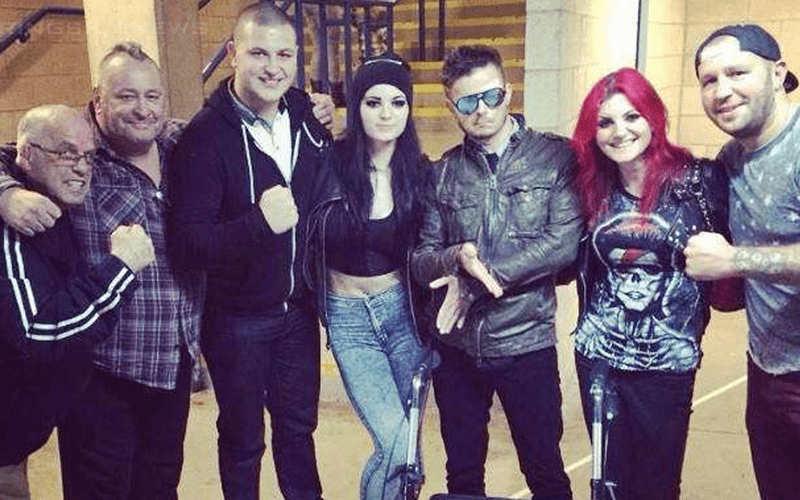 Paige and her famous wrestling family were the source of Fighting With My Family, but if you ask her she wants to see their stories continue.

Paige doesn’t really want a sequel in theaters. Instead, she would like to have her brothers compete in WWE’s NXT UK division. This seems like a goal that could be achieved because for Zak and Roy, they never got the chance that Paige did, but she would like that to change.

While speaking to Talk Sport, Paige revealed her goals to eventually see her brothers competing under a WWE banner.

“I would definitely do appearances for NXT UK, but I just want my brothers to be apart of it – Zack and Roy. I just think the WWE are dropping the ball when it comes to my brothers and I’m not just saying that being bias, but the movie came out and they’ve got this elevation right now, great gimmicks and they could be in NXT UK in a heartbeat. And they want to do that. And I would love to go and make appearances, even if I’m the one that comes out and introduces my brothers to the NXT UK universe. It would be such a good moment for them. NXT UK need to get their sh*t together and hire my brothers.”

We will have to wait and see whether NXT UK will finally give Paige’s brothers a chance. They are still working and able to perform. The key would just be to give them the opportunity which hasn’t happened yet.

Paige is quite content as a manager on WWE television and she has no plans of slowing down. She even turned down a role as a backstage producer in WWE, but she had some very good reasons for rejecting that offer.

Hopefully, Zak and Roy will eventually get an opportunity to perform in NXT UK. At least they could get an invite to the new Performance Center they have in the UK to see what they can do.