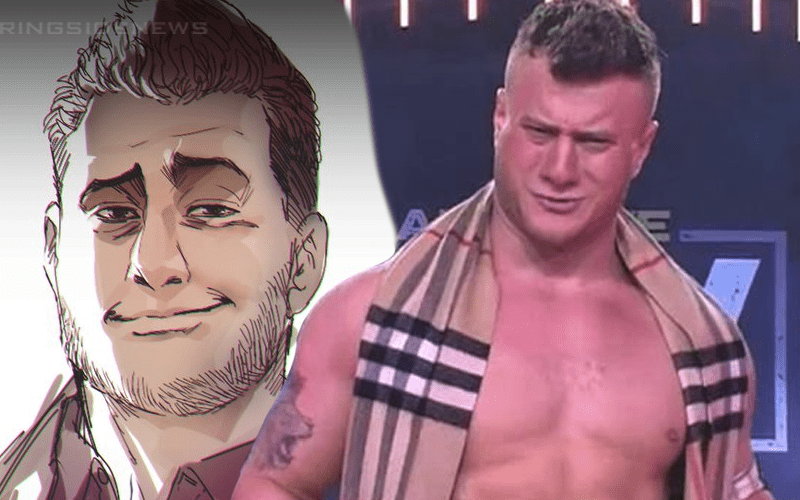 MJF has a lot of fans who are very creative. Try telling him that.

We previously covered Maxwell Jacob Friedman’s response when one fan made a nice CAW of him and he wasn’t complementary in the slightest. Now he’s playing the role of art critic once again.

One fan tweeted out a pretty nice drawing of MJF, but The Salt Of The Earth didn’t see it that way. Instead, he suggested that this artist might be better off chopping off their hands.

Who taught you how to draw Stevie Wonder?!?!?

Chop off your hands you loser.

The next piece of art he had to judge was rather basic. It also didn’t include a lot of MJF’s likeness. They might have seen this one coming, but MJF grilled this person as well. Then he simply suggested that this artist quit trying to capture his greatness.

……I don’t even know what to say at this point.

For the love of my eyesight. Please stop attempting to capture my greatness through your “artistic ability”.

On another note, MJF had to delete his original tweet because he forgot to include the “R” in your. Thankfully, we grabbed a screenshot so we can all marvel at the fact that MJF is not a perfect human being.

I have also taken the time to create my own MJF artwork which you can see below. We bet he’s gonna love it.