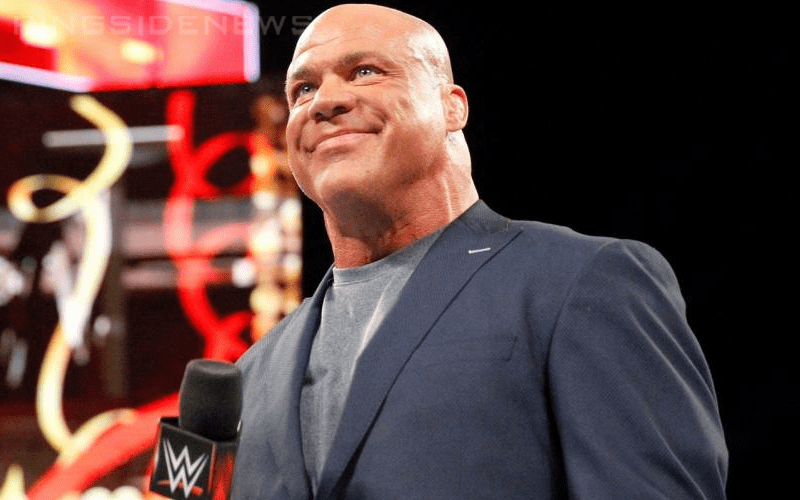 Kurt Angle might not be wrestling or even appearing on camera anymore, but he isn’t done with WWE by a long shot. In fact, he is still backstage even if fans don’t know he’s around.

While on Busted Open Radio, Angle revealed the extent of his new role in WWE as a backstage producer. He started last month and is slowly getting his hands in producing matches in the ring.

Kurt Angle is a great mind to have backstage. Plenty of people who were around during his initial WWE debut remember how quickly he took to the business so he obviously understands pro wrestling.

Hopefully, adding Kurt Angle to the mix backstage will help the company provide a fresh look at some of the action that we see play out in the ring.