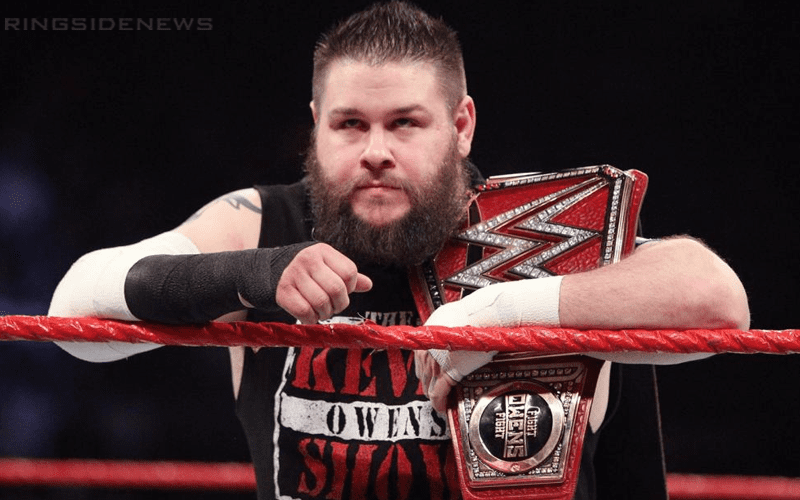 Kevin Owens held the WWE Universal Championship for 188 days before losing his title to Goldberg just one month before WrestleMania 33. This run was a lot of fun for fans of his partnership with Chris Jericho, but apparently Kevin wasn’t having a lot of fun at all.

While speaking to Chasing Glory, Kevin Owens opened up about his Universal Title run and how he was never truly happy as champion.

“Personally I barely appreciate the moments as they go by. Like my wife will tell me all the time, ‘You were the Universal Champion and I had never seen you more stressed’ and then now I look back and I think yeah I would have probably done things differently when I was Universal Champion if it had been up to me.”

Kevin Owens said that it’s not just his wife and family telling him this because others noticed this as well. Shawn Michaels and “Stone Cold” Steve Austin are both people who KO can lean on at this stage in his career and they were able to provide him some wisdom as well.

KO said that he was looking forward to his time off due to his double knee surgery, but it had little to do with physical healing. Because after so long on the road and going non-stop he needed time to heal his mind as well.

Being champion can be a heavy weight to carry and perhaps, Kevin Owens will get another opportunity to hold a big title in WWE and hopefully, he will be able to enjoy it next time around.