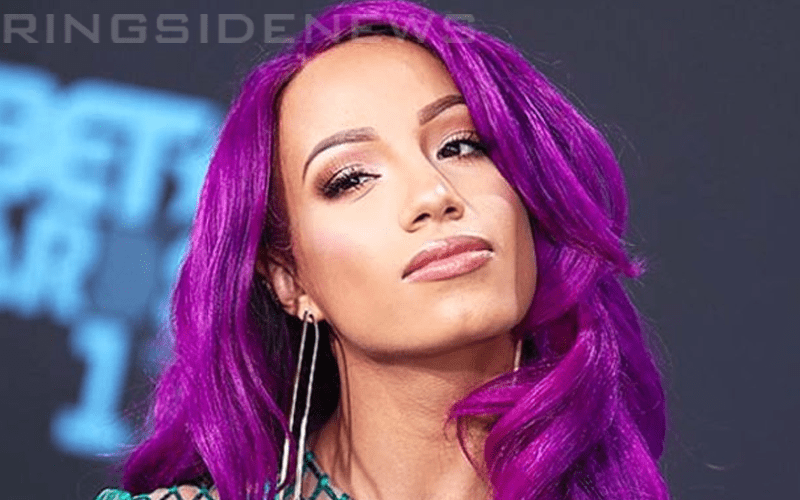 Sasha Banks’ WWE status is currently shrouded in a lot of mystery. She still hasn’t made a return, but WWE is apparently ready to “slot her back in” when she does make a return.

Tom Colohue reports that Sasha Banks’ hiatus from WWE isn’t being seen as anything “too out of the ordinary.” In fact, one source in the company reportedly said that a few people asked for time off from WWE following WrestleMania.

“A few people asked for time off after WrestleMania. Sasha Banks has worked extremely long and extremely hard. She’s earned it.”

It is interesting that Banks is the only one who was seemingly granted this request out of other WWE Superstars who also asked for time off following the show of shows. However, that seems to be the case.

Hopefully, she will be able to come back sooner than later. She is still active on social media and Vince McMahon is reportedly a fan of the trolling she is currently doing as well. So don’t expect her to exit WWE completely, but when it is time for her return then you can expect Michael Cole to yell “It’s Boss Time” once again.