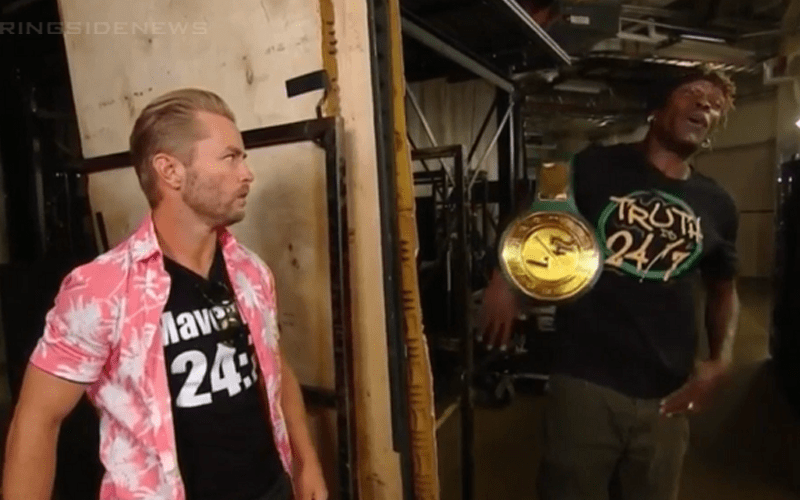 Drake Maverick had the WWE 24/7 Title for just a short time before R-Truth jumped him at his wedding and took the championship. Since then Drake has been pretty bummed, but overall he’s been wishing his wife would come back.

If you want our full Raw results from this week you can click here.

Drake Maverick brought his wife Renee Michelle with him to Raw this week. She thought that they were going on their honeymoon, but it looks like she was tricked. Drake’s wife wasn’t happy at all with him so he promised that he would concentrate on her instead of the 24/7 Title.

R-Truth taunted them a couple of times that night, but in the end, Maverick would win the title back. While his wife was getting “freshened up,” Drake ran in to R-Truth who was hiding from a bunch of people running after him. Maverick hit Truth with his suitcase and got a pinfall in the backstage area.

When Renee Michelle walked up, Maverick said that they’re doing their honeymoon 24/7 now. Then the two ran off with Maverick as new WWE 24/7 Champion. Now we can probably expect Maverick to lose the title on his honeymoon which might be a genius way to get WWE to pay for your honeymoon.