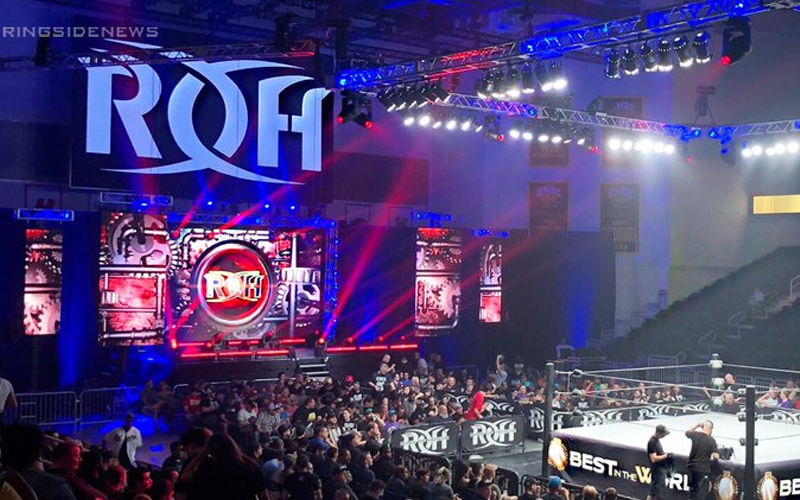 WWE isn’t the only company who is having issued with pulling people in for events that will be recorded for television. Because ROH held their Best In The World Event last night and their crowd was not the best at all.

In fact, as you can see here… there weren’t very many people there at all. ROH pushed fans to one side of the arena so it looked full on television. Then they had to figure out clever ways of shooting all night.

It’s a good thing that ROH’s television crew are professionals and they were able to figure out how to work around this issue. It’s definitely not a great sign as the company tries to rebuild.

Perhaps ROH needs to pull in another huge name, but it’s really unclear what will work at this point. At least they had enough people show up to fill one side of the building.