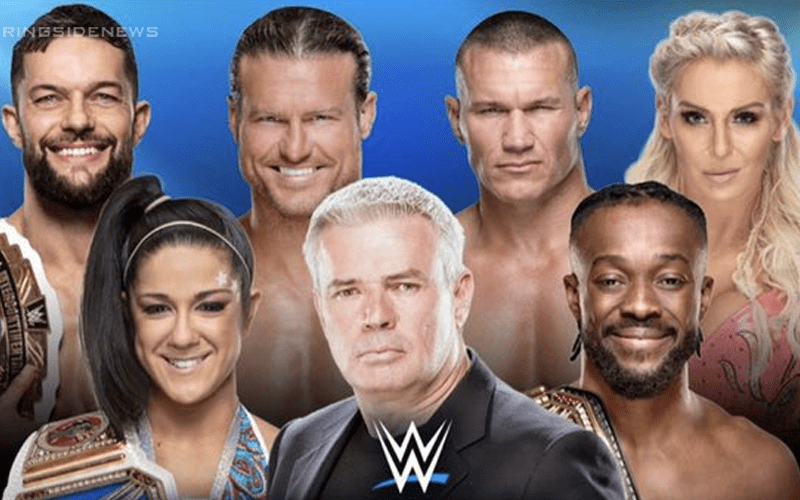 Eric Bischoff is the new Executive Director of SmackDown Live. It might be a few weeks until he’s settled into the position entirely, but he’s already getting to work.

It seems as if the question concerning Bischoff’s on-screen future might have been answered. Because WWE is currently advertising that Easy E will be there for SmackDown Live next week.

The blue brand will be in San Antonio next week and WWE is using the tag line “See what Eric Bischoff has in store for SmackDown Live” to bring people into the event.

This is very interesting because it seems as if WWE could be getting right to work with some on-screen changes. It seems as if there could be a new authority figure on television, and he’s not a McMahon at all.