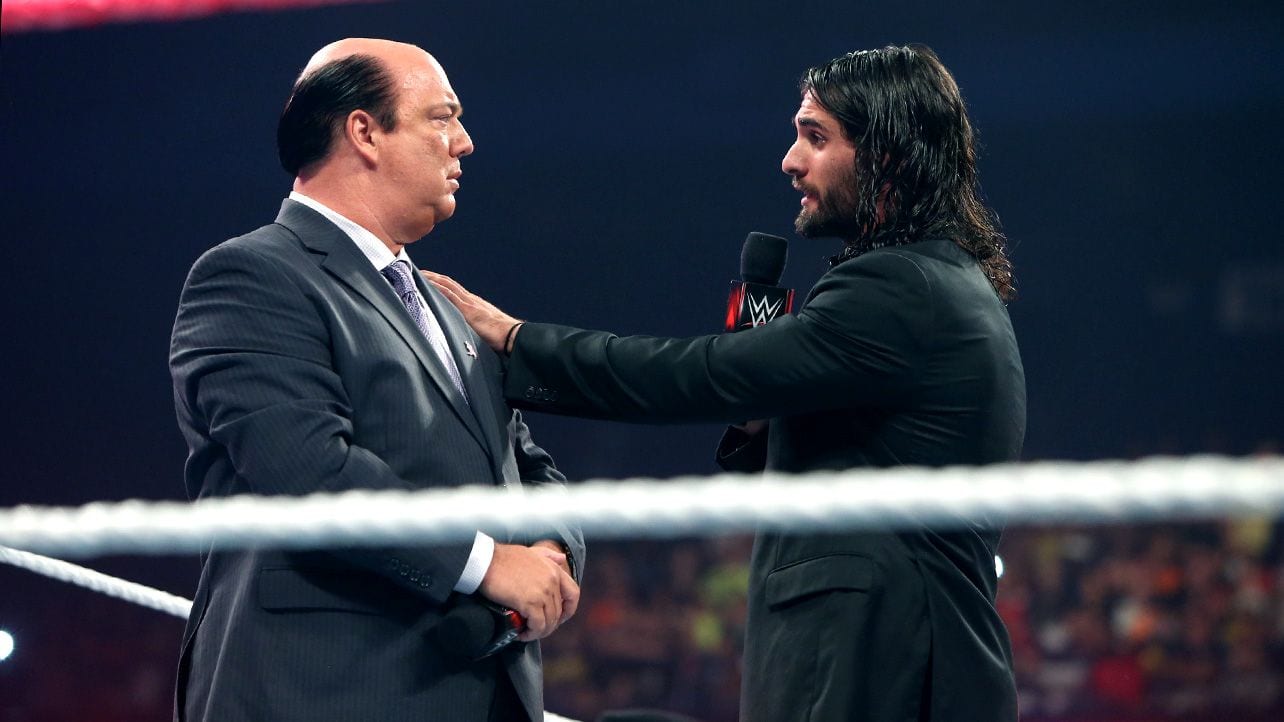 Yesterday’s news regarding Paul Heyman & Eric Bischoff taking charge of RAW and SmackDown Live certainly put the cat amongst the pigeons in more ways than one.

These two men are legends of the business, and even if you don’t like them, there’s no way of getting around the fact that their respective returns to roles of this nature will actively excite fans and get them tuning in again.

Of course, from a storyline perspective, one man who isn’t going to be all too happy about this is Seth Rollins – given that Heyman is the advocate of his current rival Brock Lesnar, who holds the Money in the Bank briefcase.

Seth’s response to this query on social media actually seems to indicate that Heyman, and therefore probably Bischoff, could actually return as on screen authority figures as opposed to just running the show behind the scenes. That’s not a guarantee, but it’s definitely a possibility.

There are going to be more eyes on Seth and his work in the ring than ever before now, in the wake of his recent comments about Will Ospreay, Jon Moxley and WWE as a whole.

There’s a real recognition from Rollins that WWE has been getting a lot of criticism lately, and it’s safe to say that he isn’t all too pleased about that. For the time being all he can do is perform to the best of his abilities, but now that Heyman is going to be in charge of what happens to him creatively, we don’t think there should be any reason for him to worry about his future.