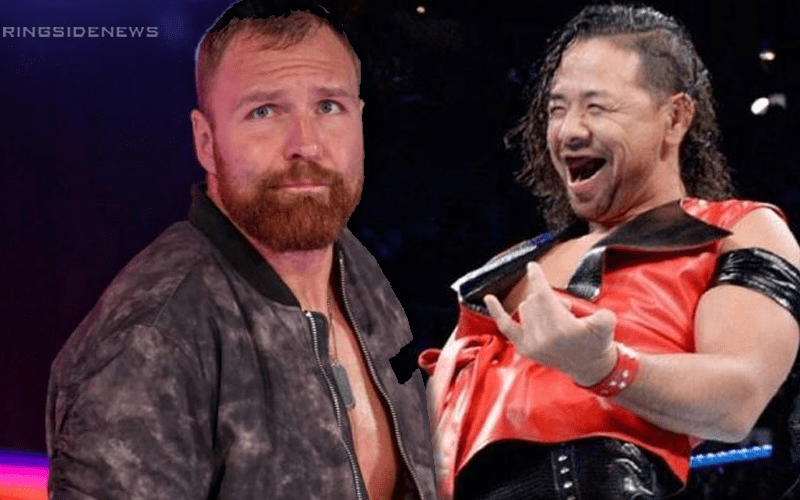 Shinsuke Nakamura had a ton of momentum going for him as NXT Champion, but his main roster call-up quickly saw him building toward big matches that he lost. Then he drifted down the card. Nakamura is enjoying himself because he loves to surf in Florida, but some fans might not be too happy about his spot on the roster.

It seems as though Nakamura will get a big match against Finn Balor for the WWE Intercontinental Title. However, that is one exciting feud out of many missed opportunities.

While speaking to New Japan’s website, Jon Moxley opened up about Shinsuke Nakamura. He talked about how great Nakamura is doing in WWE even though they never got to wrestle each other.

Well, Shinsuke Nakamura is in WWE and doing very well. I never got to wrestle him sadly, but he heard that I was likely going over to be in the G1 and he was very pleased, said it was a great life experience. Karl Anderson, who I’ve actually been friends with since I was 18, since we’re both from Cincinnati. I asked him about the G1, a few others as well, and everybody was great and said ‘yeah, go for it’.

I think he’s doing great there. Fans love him. It’s a different style, but he fits in well because he is charismatic, he is flamboyant. He can go, so whether it’s a New Japan ring or a WWE one he can do well anywhere.

Shinsuke Nakamura is loved by fans and he does have charisma for days. However, Shinsuke Nakamura might also be able to hit autopilot sometimes as he takes part in a bad angle while thinking about catching a wave on his surf board the next chance he gets.

You also have to wonder if there was a part of Moxley who was just telling NJPW fans what they probably want to hear about how WWE is treating Nakamura.