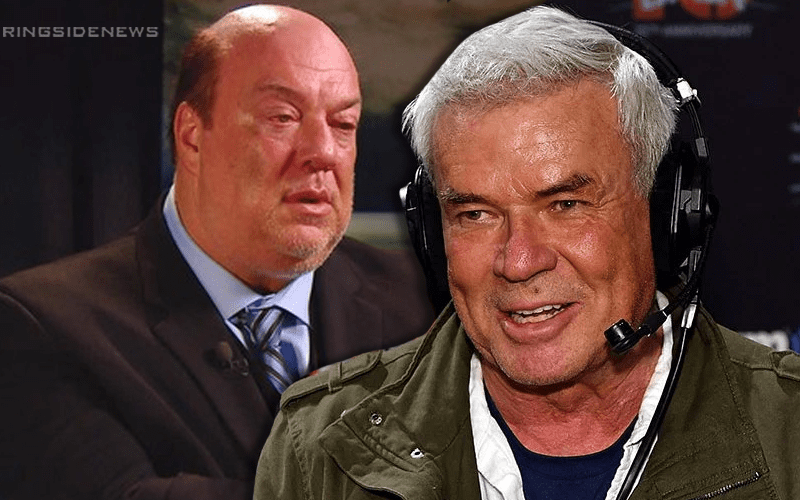 Paul Heyman is taking over Raw and Eric Bischoff now has control of SmackDown.

When that news broke people had to check what year it was before realizing this shouldn’t have been a huge surprise in the crazy opera that is WWE. Now the real question is when is this supposed to start and what will they really be doing.

Pro Wrestling Sheet reports that both Heyman and Bischoff will slowly assimilate themselves into their new roles in WWE. They will be meeting with the staff and getting a feel for things before being given full control over the creative development of their shows.

The idea that they will get to control the creative direction of the show might be interesting for some. After all, Bischoff and Heyman could bring some new ideas to the table. Eric Bischoff might not be 100% up to date on the current product, but he’s probably taking a crash course.

It is also noted that everything will be ran through Vince McMahon first because he still has the final say-so about everything going on in the company. So the previous negativity could be very valid in that regard.

This timeline also falls in line with what Brad Shepard previously reported where they will be in the positions fully by late July or early August. There is a lot that needs to be worked out in the way of logistics before that kind of change can be fully in place.