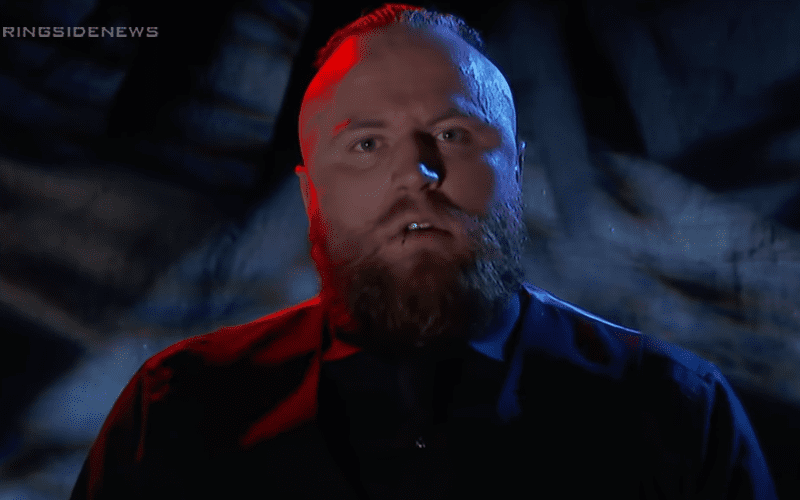 Aleister Black has been appearing in backstage segments for weeks now ever since being moved over to SmackDown Live. He has been begging for someone to knock on his door and pick a fight with him. This week it appeared that his answer came knocking.

The former NXT Champion was getting mighty frustrated with the fact that nobody was knocking on his door to fight him. Now it seems as though he has a challenger and an opponent for Extreme Rules as well.

Although this isn’t 100% confirmed, Wrestle Votes reports that Cesaro is currently slated to be the man on the other side of Aleister Black’s door.

As of now, Aleister Black is scheduled to work Extreme Rules. I can’t 100% confirm his opponent, but as of earlier today WWE had decided on Cesaro. We’ll see.

Aleister Black vs Cesaro would be a great match, but it is very interesting as well. Because Cesaro is now on the Raw brand as Black jumped to the blue brand. However, with the Wild Card Rule it seems as if brand lines are no longer a big thing anymore.