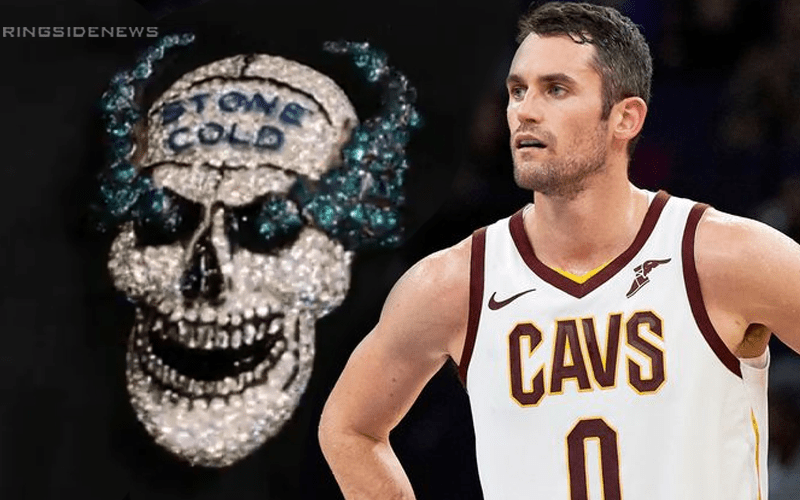 “Stone Cold” Steve Austin has some pretty great fans out there and remains one of the most popular wrestlers alive. Kevin Love is obviously a big fan too and has spoken quite openly about his love for WWE. Now he’s putting his money where his mouth is in a big way.

Cleveland Cavaliers’ Center/Power Forward Kevin Love recently hit up jewelry designers Greg Yuna & Jason “J-FROST” Adams in New York City according to TMZ. He wanted something that he could really pay tribute to The Rattlesnake with, so he got a $15,000 pendant for a necklace

It featured 7ct VS D color stones and 14kt white gold. It’s all good for Love’s bank account though because he has a four-year $120 million deal with the Cavs.

It’s a really nice piece of jewelry and certainly one of a kind. We still can’t help but wonder how many Steveweisers or White Claws he could have bought with that $15 grand instead.