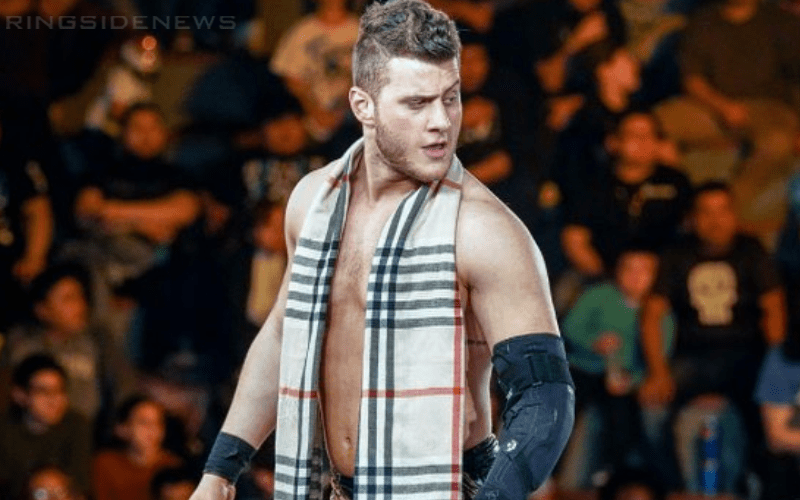 AEW Fyter Fest is coming up this Saturday and there are some tickets available for the Daytona Beach event. The entire show will also be available free of charge in the United States via streaming on B/R Live, but we will have complete results right here at Ringside News.

MJF is set for a big fatal four-way match against Adam “Hangman” Page, Jungle Boy, and Jimmy Havoc. However, Maxwell Jacob Friedman obviously still believes that he is the only draw in that match.

While speaking to Busted Open Radio, MJF ran through his Fyter Fest opponents one by one. He is not diverting his sights on the main event scene and Fyter Fest is just the beginning if you ask him.

“Here’s my issue with these people. My issue is that people cheer these people and they don’t know who they really are and you boo me and I’m giving you who I really am. I am literally throwing myself on the table and going: ‘Here’s Maxwell Jacob Friedman, take it or leave it,’ and you’re booing me?”

MJF doesn’t care if people hate him and it actually puts a smile on his face when he gets crowds to a boiling point. It is his job to be a heel and he is playing his part perfectly because he legitimately believes that he is better than everyone else.

MJF could soon become one of the top draws in AEW and if he can make feuds happen with the likes of Jon Moxley just by throwing verbal jabs then the future looks bright, painful, and profitable for Maxwell Jacob Friedman.