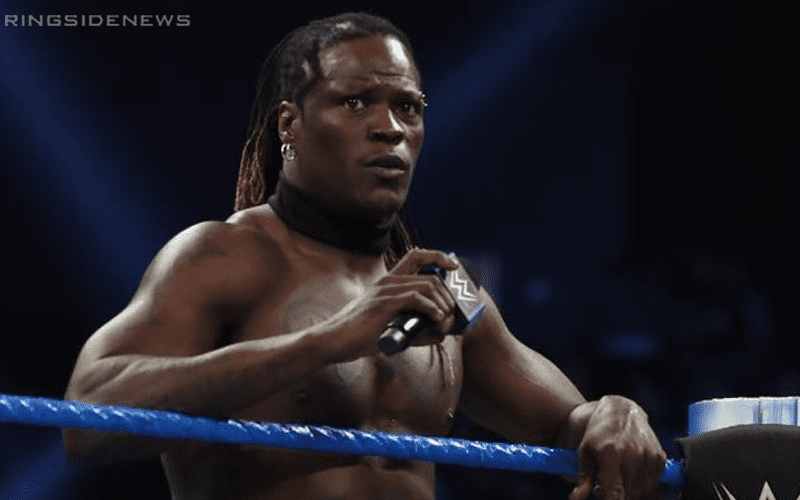 R-Truth is getting a nice spotlight in WWE right now. For all of the fans who are asking for WWE to push R-Truth then that is exactly what is happening with the WWE 24/7 Title.

Not only has Truth been on fire in this WWE 24/7 Title storyline, but his partnership with Carmella was great when they just had Dance Breaks. However, even before that Truth has been grabbing onto anything WWE threw his way to make the most of every angle.

One source allegedly told Wrestling News that Vince McMahon loves R-Truth and he always has.

“Vince loves Ron. Everyone loves Ron but Vince really loves the guy because he is up for everything. Sometimes Vince can tell when someone is not into what they are doing because it’s silly or whatever. You never see that with Ron and Vince loves that. I think Ron will have a job for life here if he wants it.”

“Remember little Jimmy? Vince loved that stuff. He would laugh so hard at that stuff.”

This should explain why Vince McMahon has consistently made sure that R-Truth had something to do, especially recently. Ron Killings can work in the ring and he’s legit as well, but you can’t ignore his entertainment value at all.

We’ll just have to watch R-Truth run and see how far he can go with this new 24/7 Title reign. It certainly started in an entertaining enough fashion as another crashed wedding played out on WWE television.