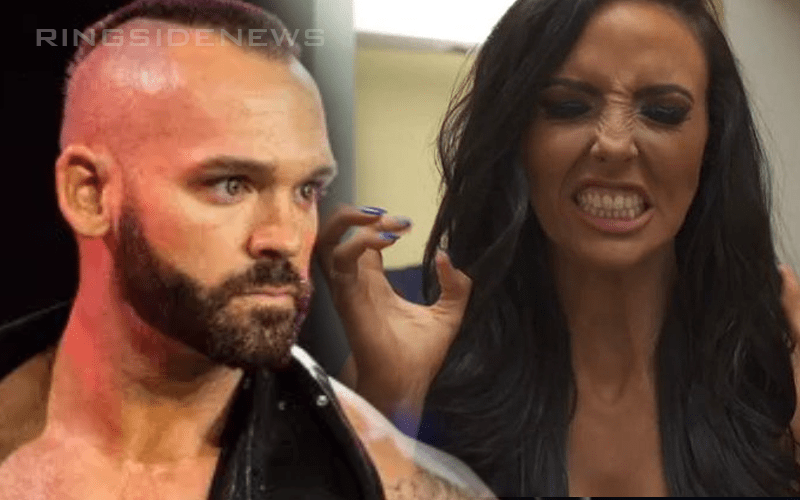 Shawn Spears and Peyton Royce are still a couple, but the fact that Royce is a WWE Superstar and Spears is with AEW is apparently keeping them even farther apart.

The two had a plan that they could at least see each other for a small amount of time this morning. However, that apparently isn’t happening now.

Air Canada really seemed to drop the ball in a big way today as Shawn Spears tweeted out that he was trying to get home, but the line of 150 people didn’t move for a long time. Due to this mess up it will keep him from seeing his fiance for another two weeks.

My flight is boarding now and this line of 150 people hasn’t moved. I’d really like to get home.

I don’t think I’m the only one who feels like this.

A little help would be great.

Peyton Royce wasn’t happy about this at all. She tweeted out a message to confirm their plight due to a botched flight.

We were going to get to see each other for 30 minutes but I guess we’ll just wait for another 2 weeks to do that. No rush

Thankfully, both Royce and Spears are a pro wrestling couple so they understand the perils and unpredictability of travel. However, you can’t help but feel bad for them because they apparently aren’t getting to see each other very much at all lately.