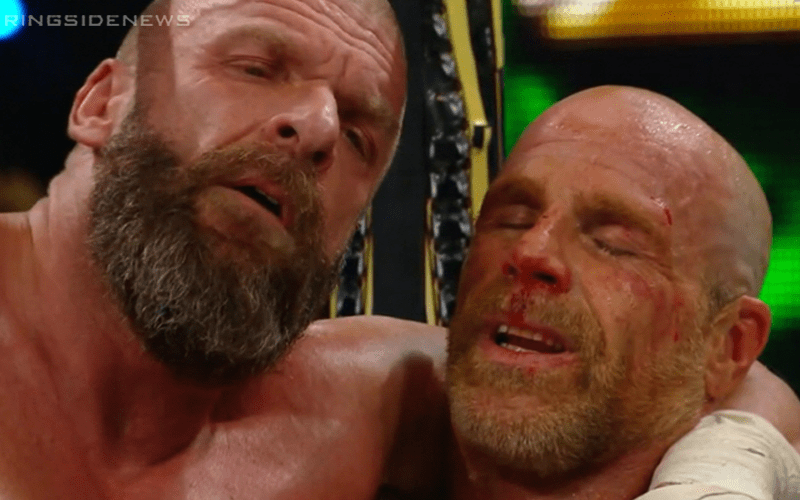 Shawn Michaels had a lot that he needed to consider before he made a return to the ring for one more match. WWE might like to get more matches out of HBK, but he has no regrets about performing in Saudi Arabia and apparently calling it quits yet again.

While speaking to Challenge Mania, Shawn Michaels addressed his return to the ring in Saudi Arabia. He agreed to do it because it was a tag team match. It wasn’t on a WrestleMania level for him. In fact, he considered the controversial show as a glorified live event.

“No, there are no regrets. So again, honestly, and no one will ever believe me but I’ll tell you anyway, but honestly, again, it’s not a WrestleMania, it’s not a this… to me it wasn’t coming back as the Heartbreak Kid. It was a tag match.”

The Heartbreak Kid might not have needed to make a return in Saudi Arabia, but it happened nonetheless. He needed to pull out way more than he expected as well especially after Triple H went down with a torn pectoral muscle minutes into the main event match.

We might not see Shawn Michaels perform again, but you also never know when Vince McMahon might need another favor from The Showstopper.